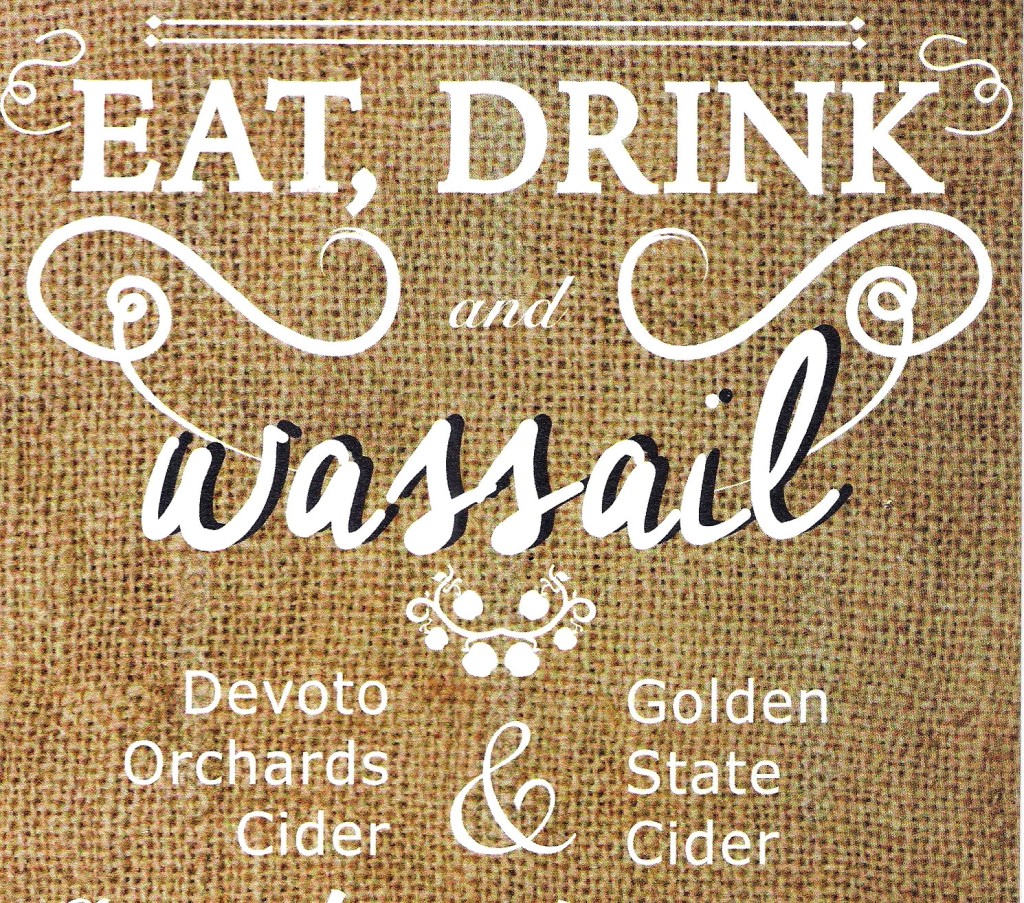 If you ventured outside last Saturday night within earshot of an apple orchard, you might have heard the raucous sounds of caped revelers banging pots, ringing tambourines, and raising joyous voices skyward in song.

The occasion for this hoopla is an ancient English custom among cidermakers called wassail. This pagan spectacle–complete with costumes and merriment fueled by lots of cider imbibing, is believed to drive out evil spirits and bless the apple trees for a fruitful harvest in the coming year. It’s also just plain good-natured fun!

As tradition dictates, wassail takes place every January 17th on old Twelfth Night, and this year I was lucky enough to experience my virgin wassail at Devoto Orchards in Sebastopol. For the past three years, husband & wife cidermakers Jolie Devoto and Hunter Wade have hosted this festive celebration on the 20-acre Devoto family farm owned by Jolie’s father, Stan. 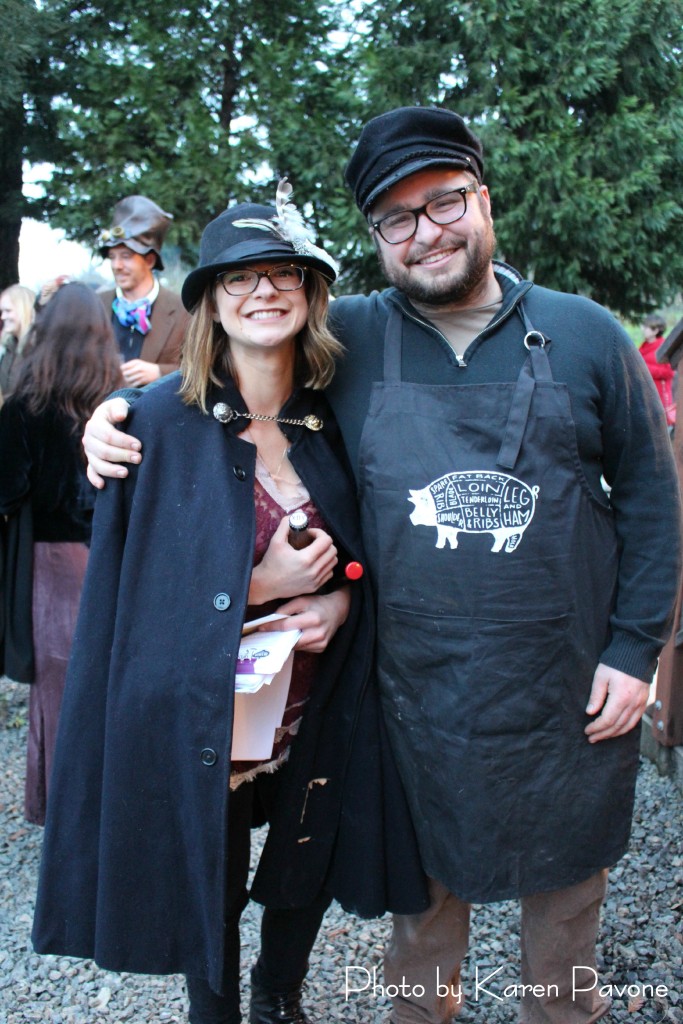 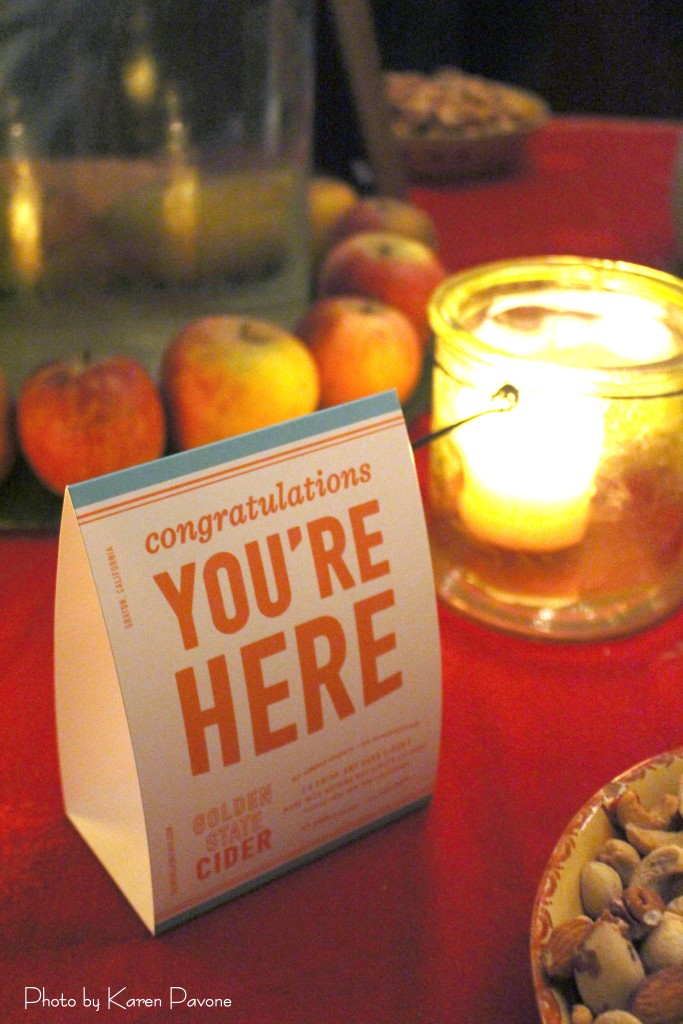 In that short time, their amazing journey into the cider business has seen the launch of not one, but two successful cider brands. Their award-winning farmstead Devoto Orchards Ciders are an artisan blend of several organic heirloom cider apple varietals grown on the farm.

In August 2014 Hunter teamed up with friend and fellow cider enthusiast Nils Reid to launch a new joint endeavor: Golden State Cider. With their sights set on the larger commercial market, Hunter & Nils crafted a California-inspired Mighty Dry Hard Cider from 100% West Coast apples. It is now available in cans and on draft in a growing number of restaurants across the state. 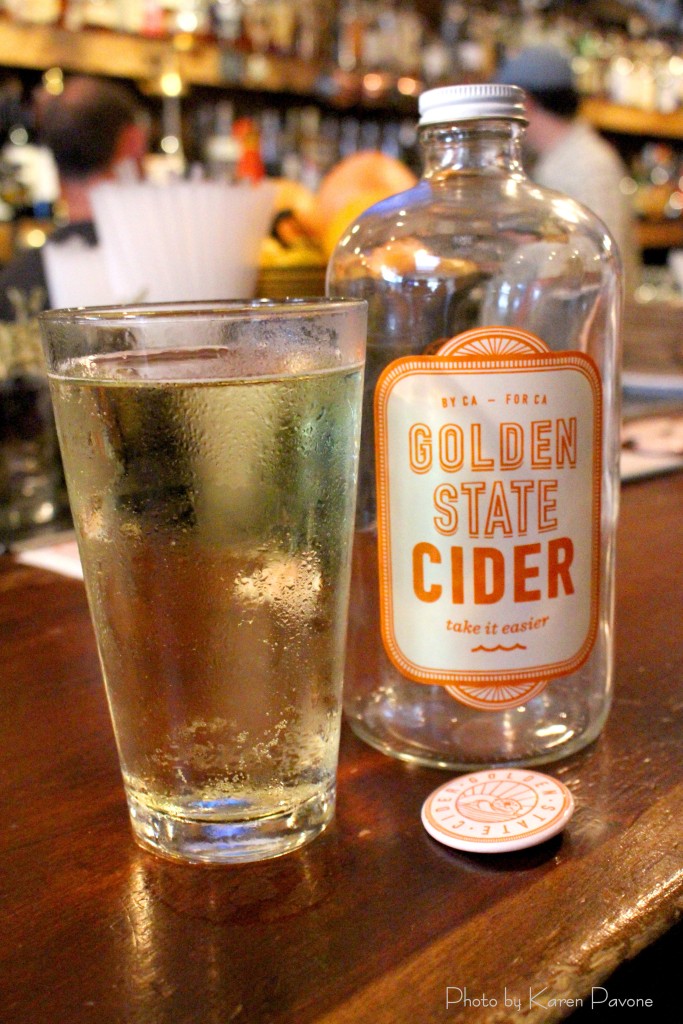 Twilight was falling as we pulled into the already crowded driveway at the farm, and followed the sound of laughter down the path to the cider barn. Guests were sipping glasses of cider on the deck outside overlooking the surrounding orchard as rustic twinkle light chandeliers provided ambience against the gray sky overhead. There would be no stars for tonight’s wassail, which seemed somehow befitting of the occasion. 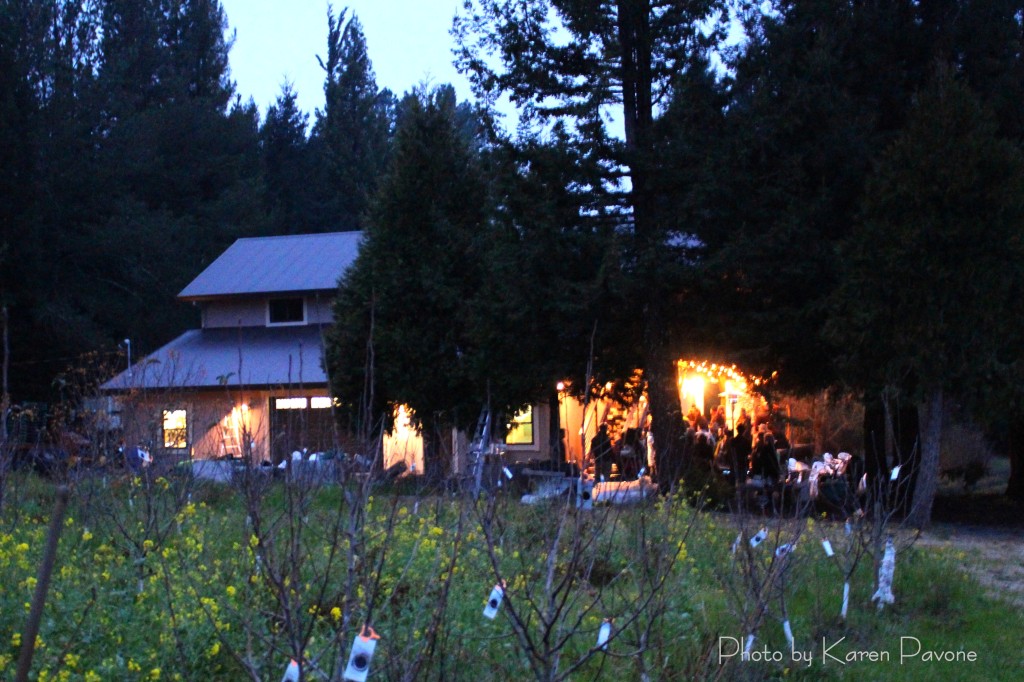 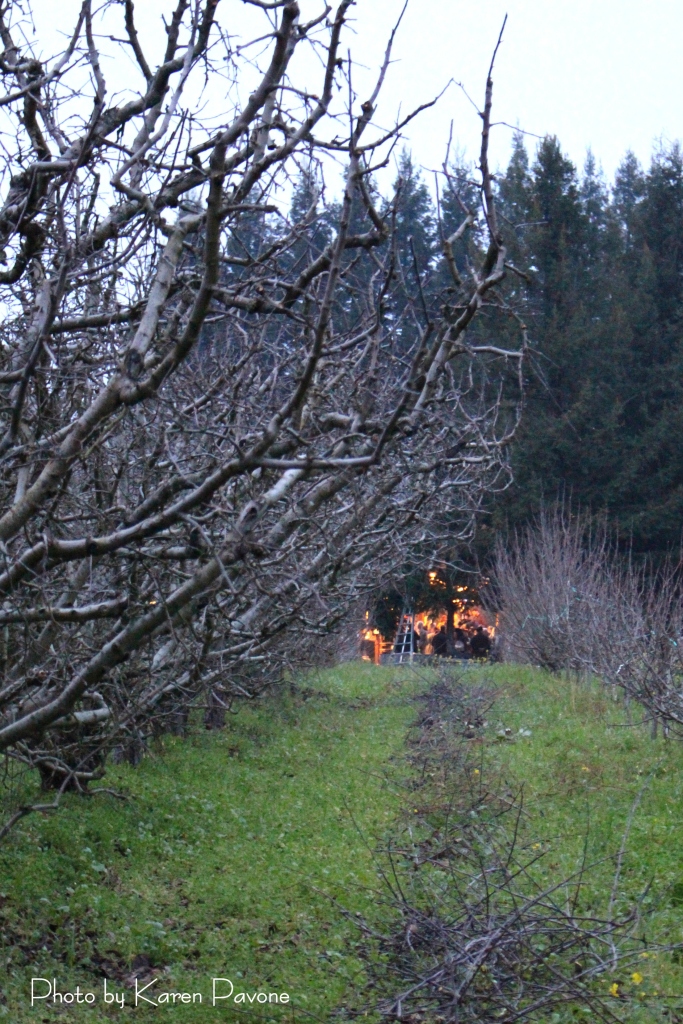 Nearby, Stan Devoto hovered over a large steaming cauldron of paella while inside, just past the wassail altar, a spit-roasted pig crowned a buffet table heaped with salads, bread, and cheese. It was a feast worthy of the celebration! 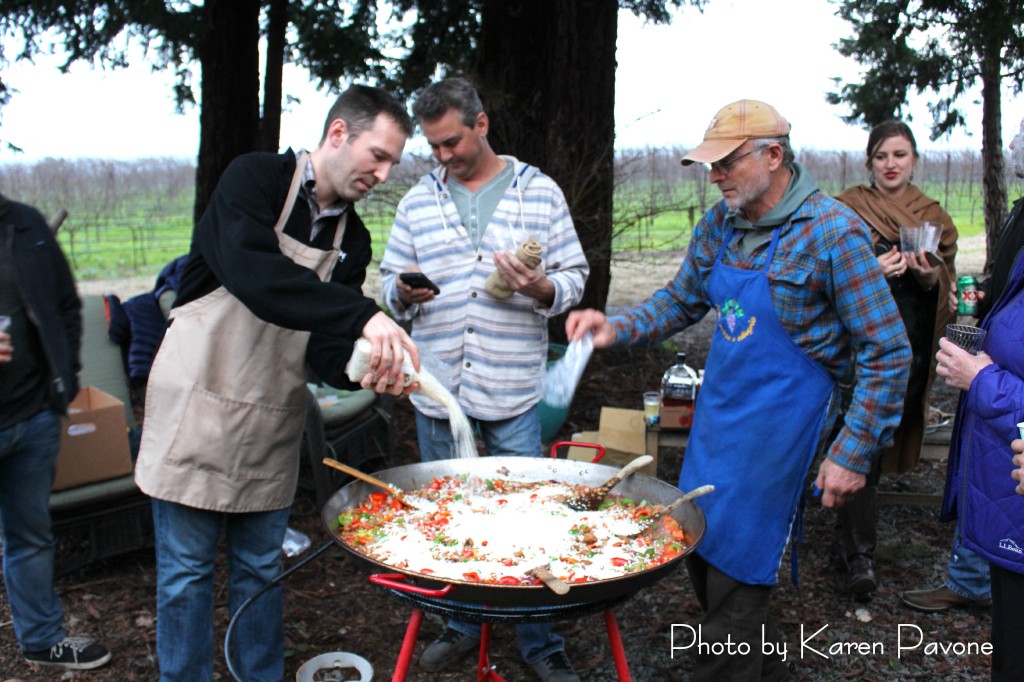 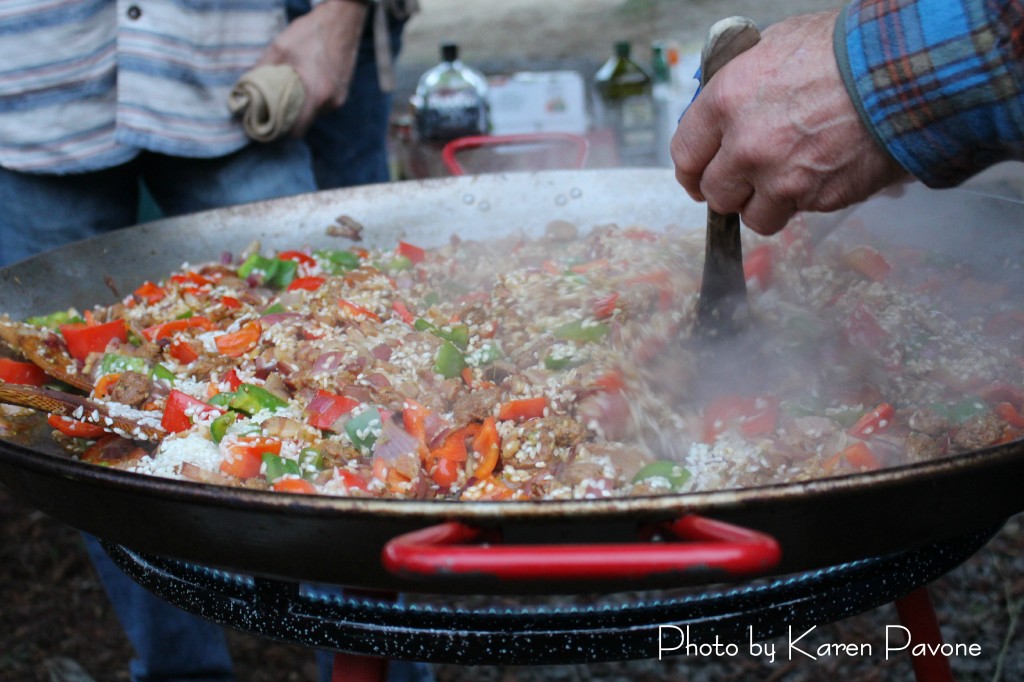 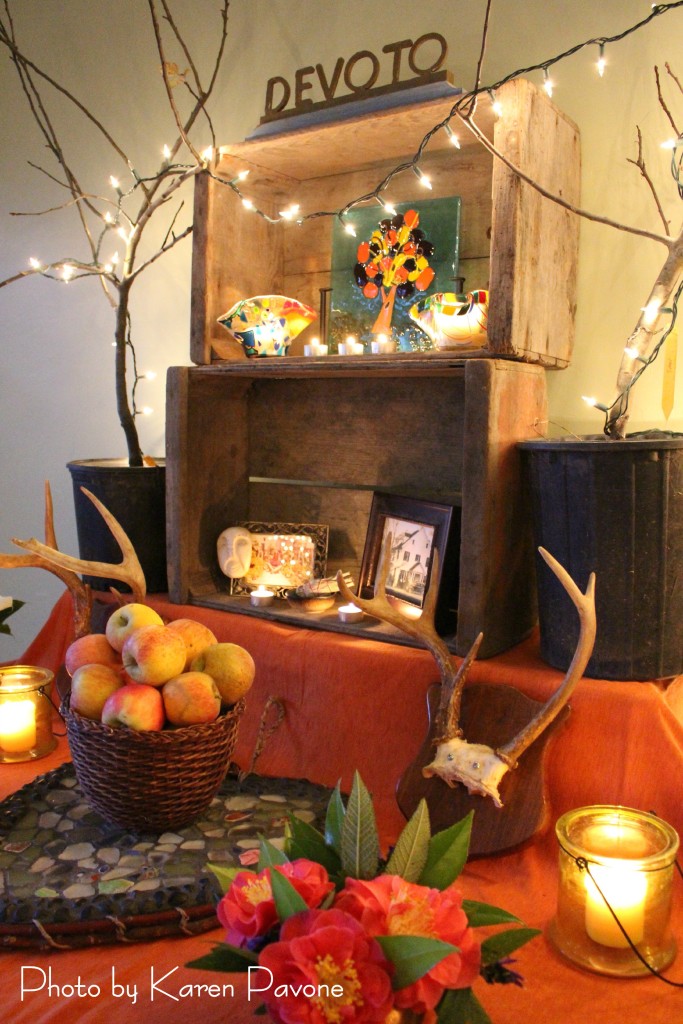 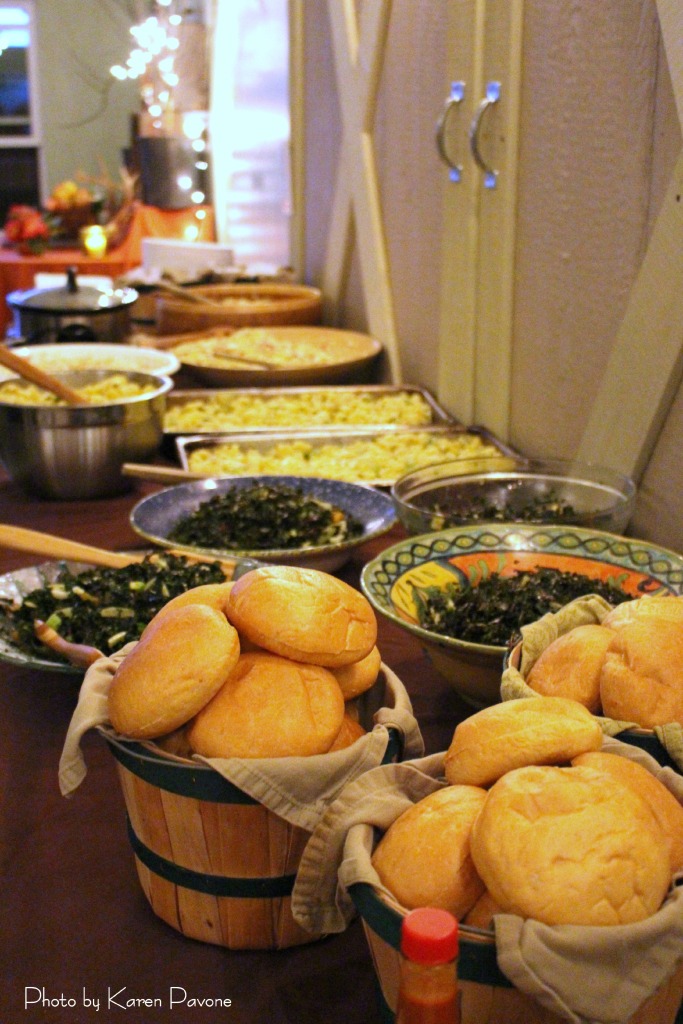 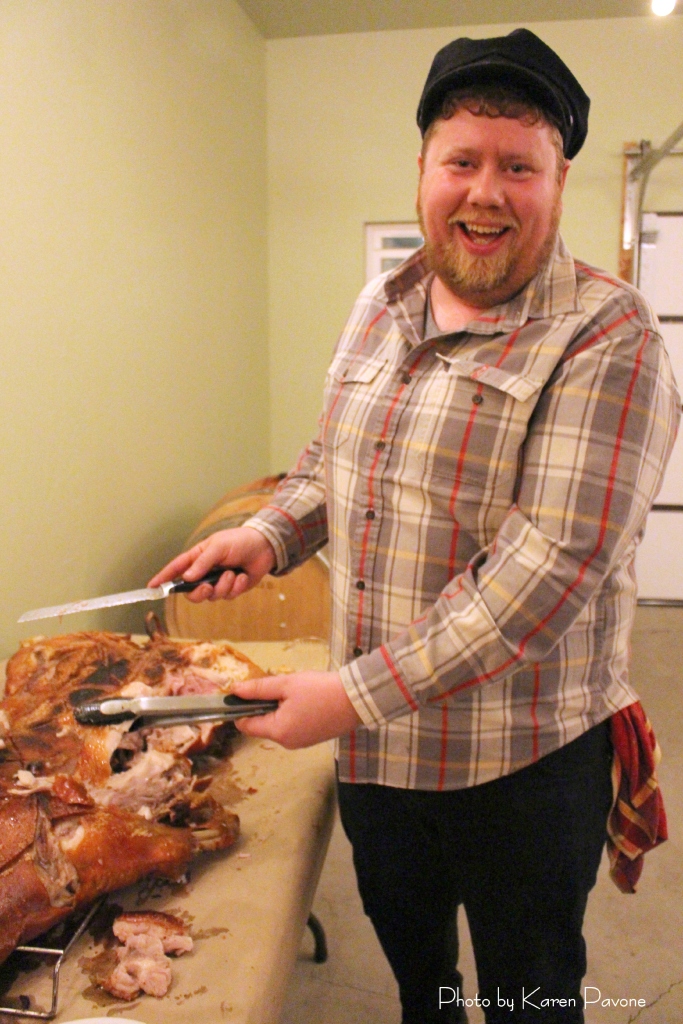 By the time dinner was finished, a velvety darkness had enveloped the farm. Spurred into action by Queen Jolie & King Hunter, we filled our cups with bourbon-spiked brew from a large communal wassail pot and set out into the orchard. The noisy procession slowly made its way to the heart of the field and surrounded a naked apple tree whose branches were adorned with candle lanterns. 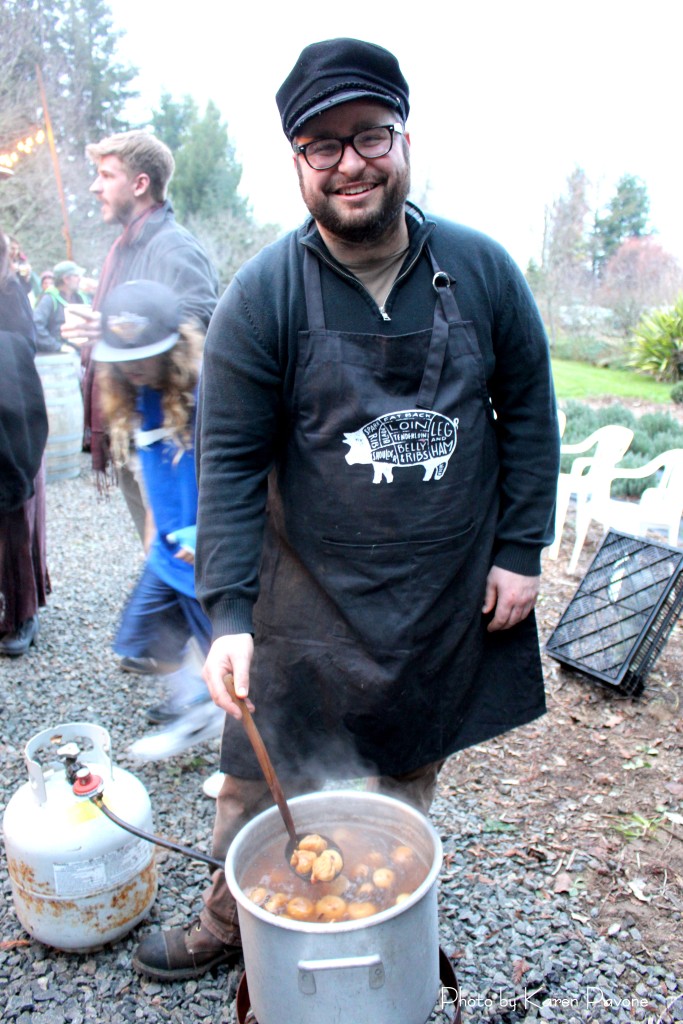 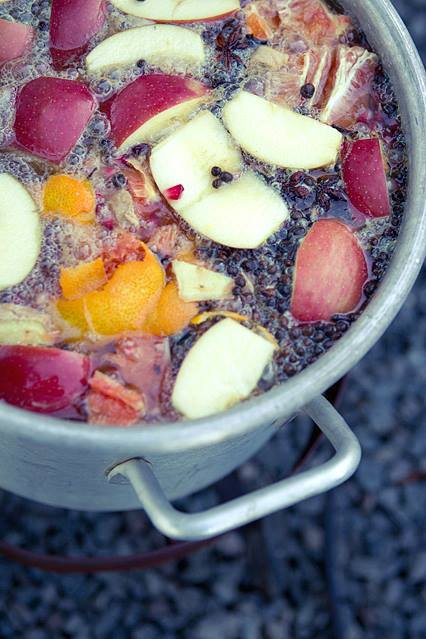 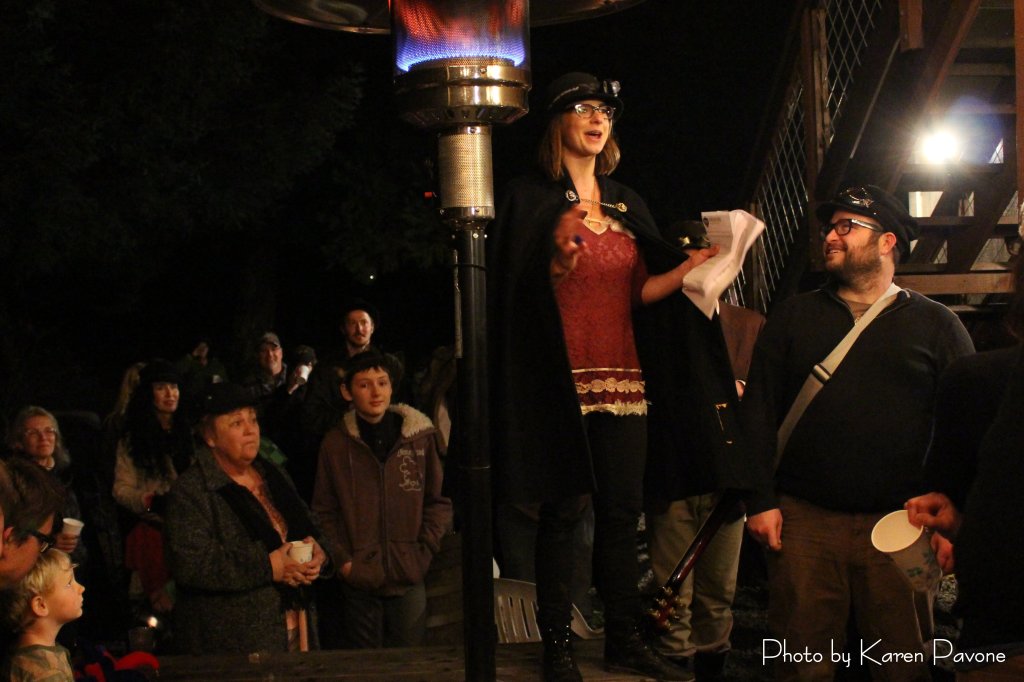 A spirited volley of incantations and songs followed as we serenaded the orchard in unison: “Oh apple tree, we’ll wassail thee in hope that thou will bear. To grow well and to bear well so merry let us be. Let every man drink up his cup; Wassail! Here’s health to the old apple tree!” A palpable excitement swelled as the rousing refrains awakened the trees from their dormant winter slumber and dispelled any evil spirits lurking in the darkness. 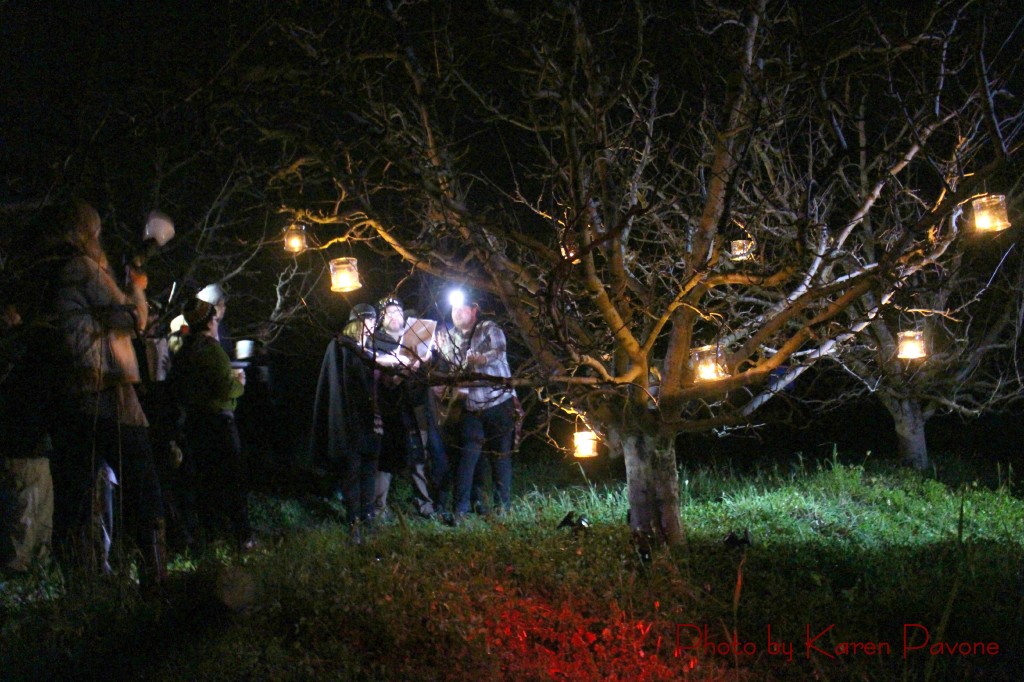 Check out this video clip of the Wassail Song. How many apple varieties can you name?

Our job well done, we made our way back to the barn where dessert and live music awaited. I guess we’ll have to wait and see if our wassail will indeed bring a bountiful apple harvest this year. At the very least, it’s a great excuse to gather friends, eat good food, and drink great cider.

Hail Jolie & Hunter! Here’s to health and the prosperity of your orchard in 2015! 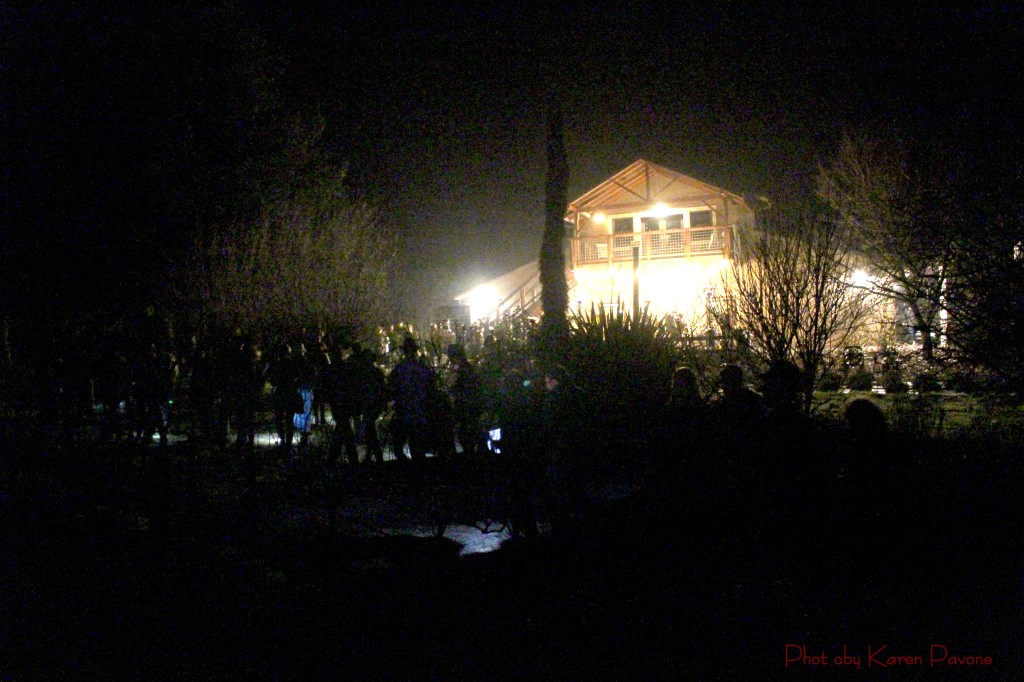