Here We Go A Wassailing! 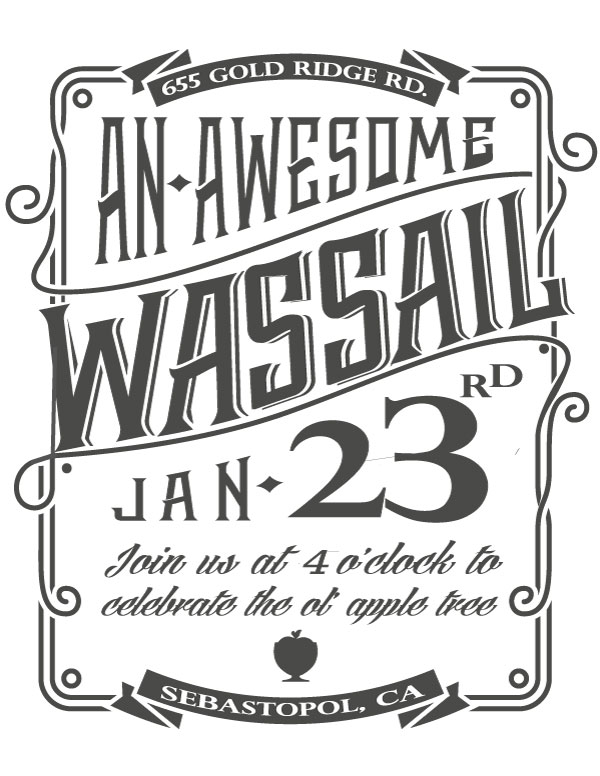 Chanted incantations rise with the full moon over Devoto Orchard in late January. A procession of caped revelers, with voices raised in song, make their way through the dormant apple trees banging pots and drums to drive away evil spirits in their wake. They circle a lone tree adorned with flickering lanterns to light the darkness, and raise their cider-filled glasses to toast a plentiful harvest. This is the annual ritual of Wassail! 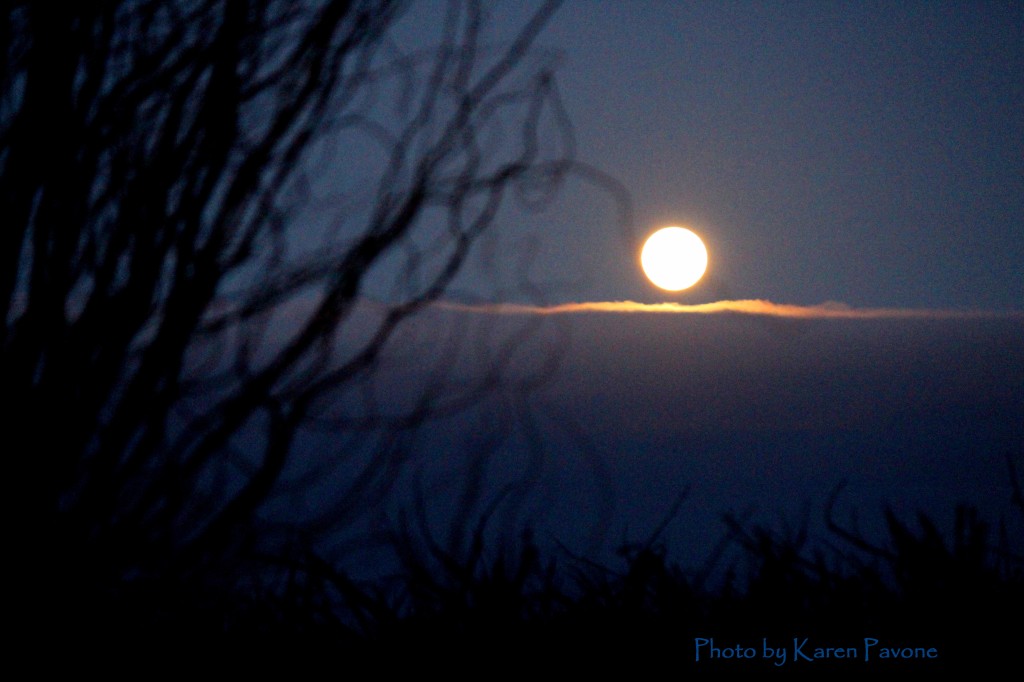 Wassailing is an ancient pagan celebration that began over a thousand years ago in the cider-producing counties of West England. The tradition honors fertility of the land and is meant to awaken the spirit of the trees in the depths of winter to ask for a fruitful crop and plenty of cider in the coming season.

For the second year in a row, I was invited to join in the Wassail festivities at Devoto Orchards in Sebastopol, California where cidermaking husband and wife duo, Jolie Devoto and Hunter Wade, are evolving their line of premium hard cider . . . and making a big splash. 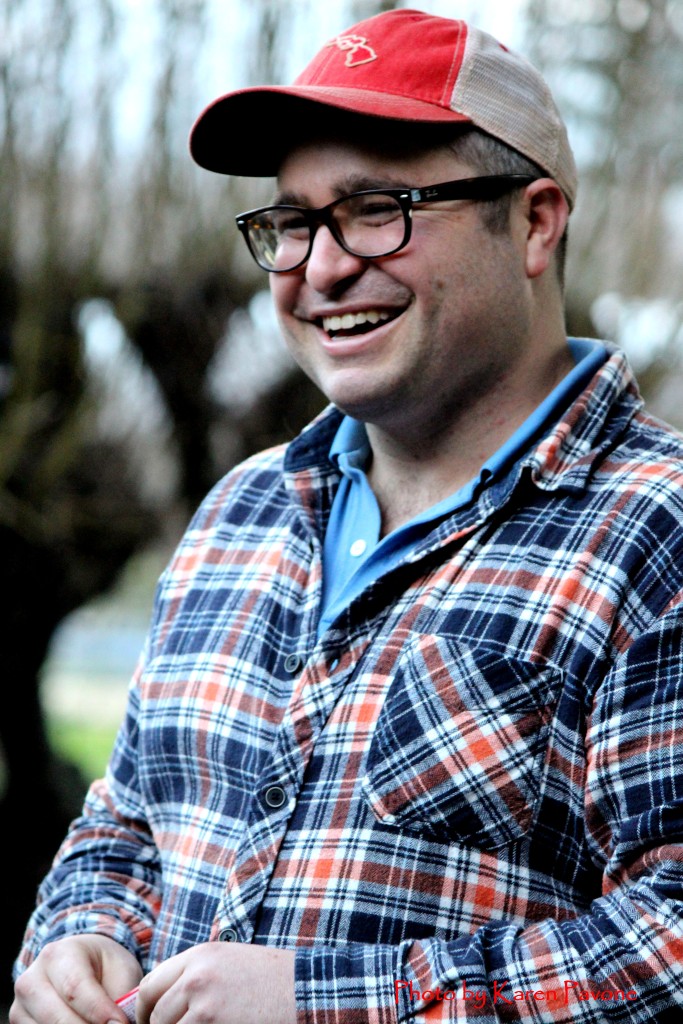 2016 is indeed a milestone year. Devoto Orchards is celebrating its 40th anniversary growing organic, heirloom apples in the heart of Sonoma County, but only its fourth year in cider production. Jolie and Hunter represent the next generation of her family to farm this land, with an eye on creating a value-added product that will support their goal of sustaining the family legacy her mother and father started in 1976. 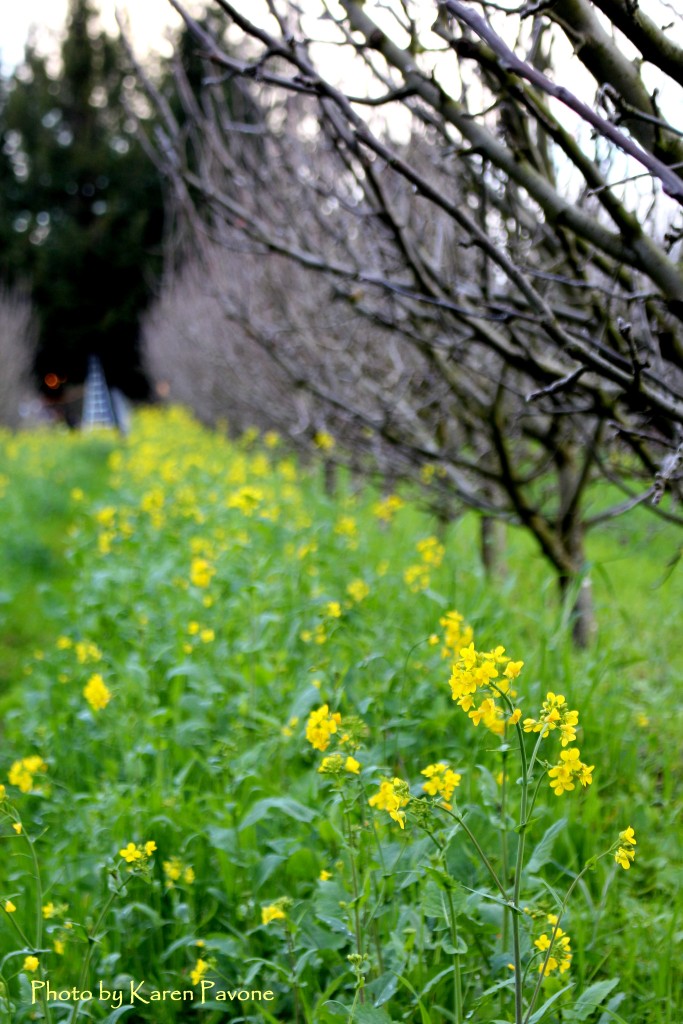 In that short time the couple has gone from making one cider, Save the Gravenstein, to three award-winning artisanal offerings, and is now coming full circle to put all their apples in one basket (so to speak) on their newest sister brand, Golden State Cider. 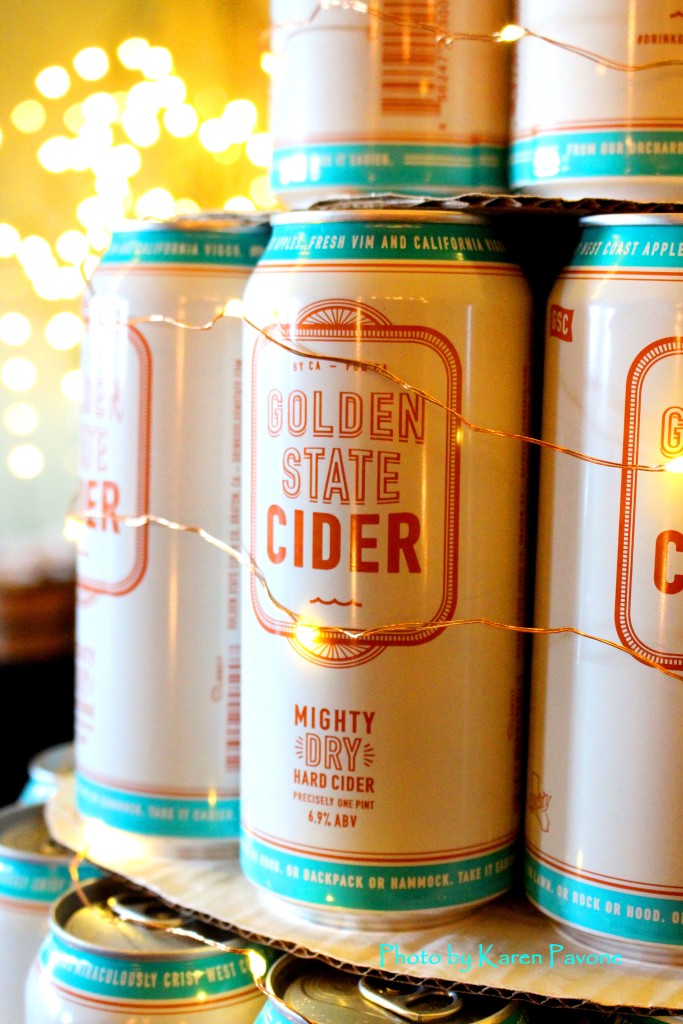 The brand launched a year ago to meet the growing demand for their craft cider which had quickly surpassed the production capacity of their 36 acre orchard. Golden State Cider is a “crisp, clean beverage that reflects the Pacific Coast lifestyle” made from fresh-pressed apples grown on the West Coast.

“California is our home, our inspiration, and our playground,” say Jolie & Hunter, “so we set out to create a cider that goes great with outdoors and doesn’t compromise on flavor or integrity. We crafted an ingredient list you can pronounce and count on one hand, then packaged it in cans so you can take the Golden State with you on all of your adventures.” The couple also plans to target the growing restaurant demand for hard cider by making their brew available on draft.

Despite the drenching El Niño rains, Mother Nature smiled down from a crisp moonlit sky on the night of the Wassail. The cider flowed freely as guests enjoyed a tasty Mexican buffet dinner and payed homage at the Wassail alter. 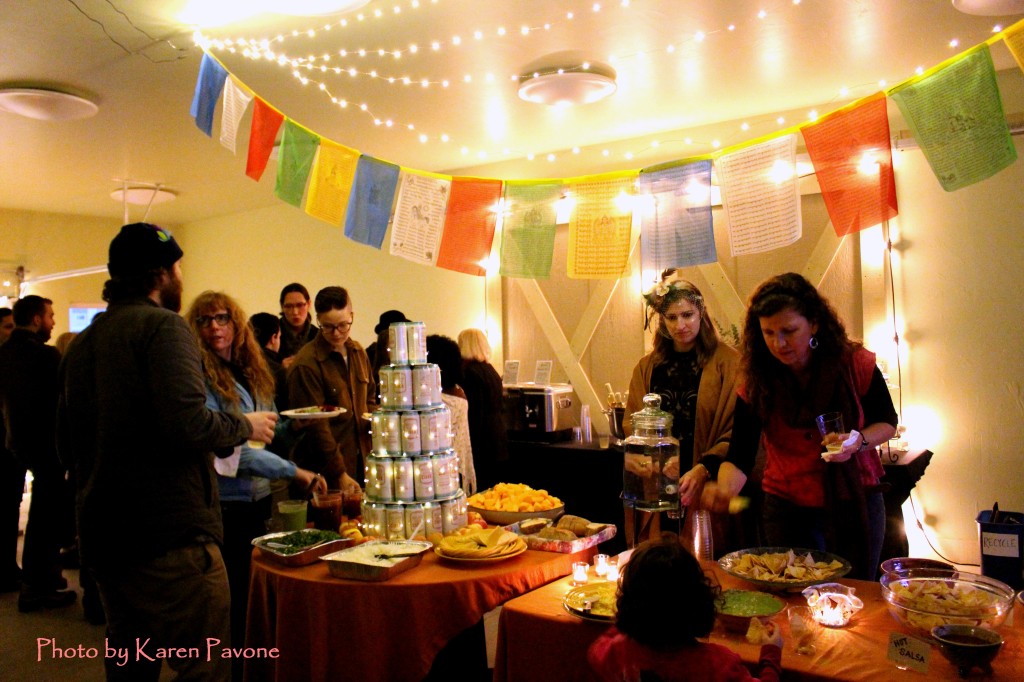 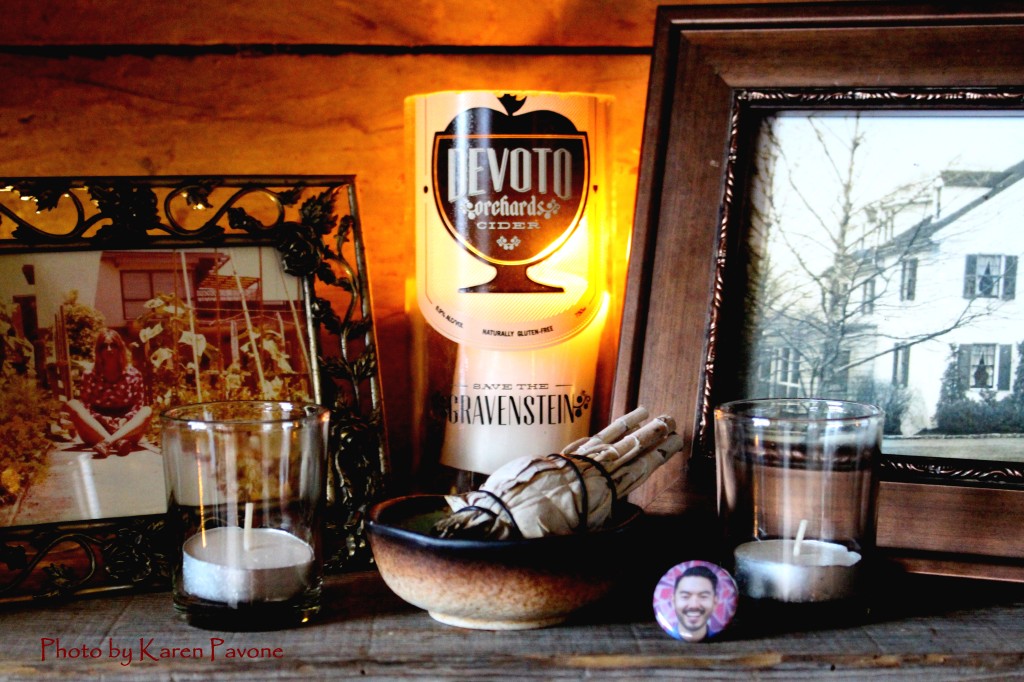 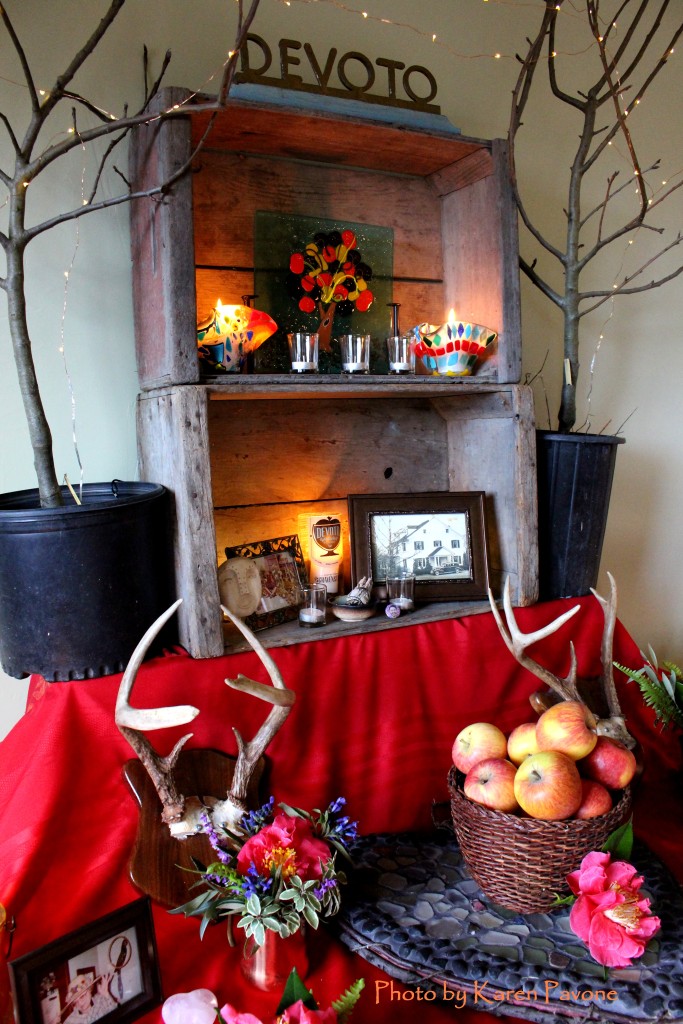 As darkness fell, we gathered around the steaming Wassail pot and filled our cups with warm brew to fortify against the chill as we ventured into the orchard. The crowd tramped noisily through the night across the rain-soaked earth moving toward the distant glow. The Old Apple Tree stands like a beacon at the head of its row; its branches illuminated by candlelight. We surround its perimeter as Jolie invites us to toast with good cheer while she recites:

in plowing and in sowing,

the healthiest drink I know,

In reaping and in mowing. Oh! the jovial days when the apple trees do bear,

we’ll drink and be merry all the gladsome year!

and together we shout, 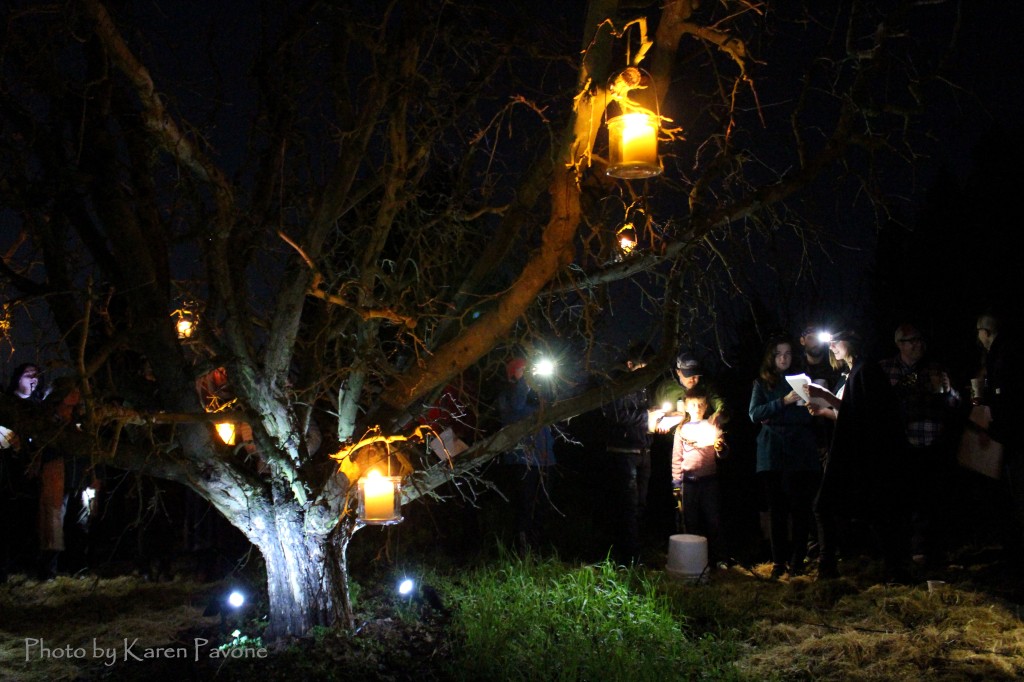 Hunter strikes up a lively refrain on his guitar and leads the merry group in song as we serenade the orchard and anyone within earshot. As a final offering we pour what’s left of our wassail brew at the base of tree, then return slowly to the barn where dessert awaits. If we have played our part well, there will be lots of delicious Golden State Cider to enjoy in the year ahead. Cheers and good harvest! 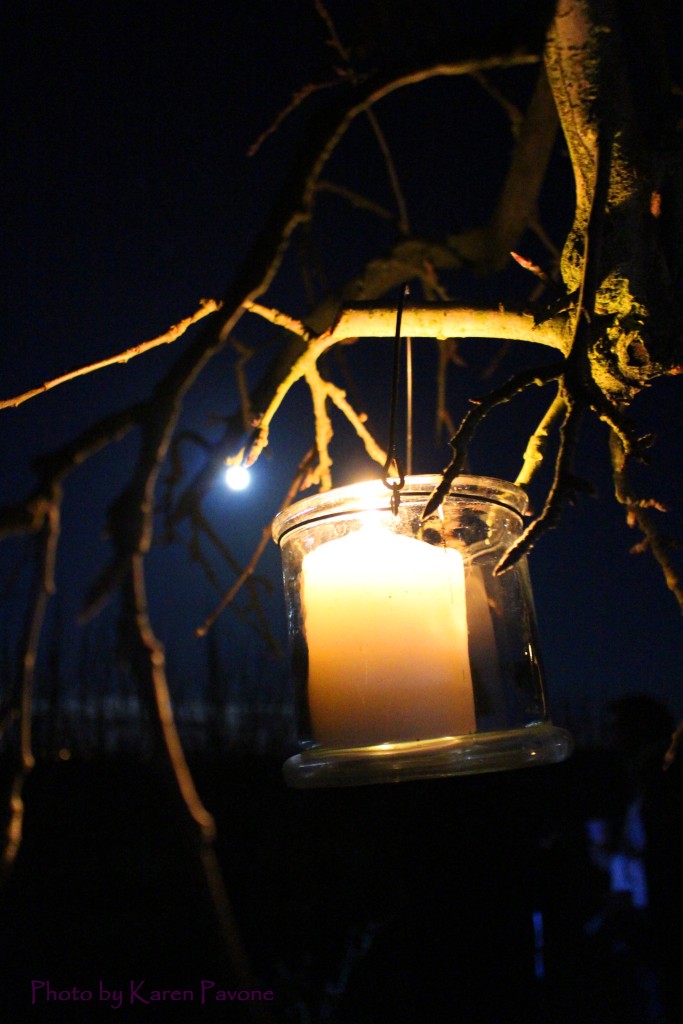