The transition from late spring to early summer brings new seasonal crops to farmers market. Among my favorites are the ravishing shoots of rosy red rhubarb that first appear in late May and are available through much of June. The celery-like stalks range in color from crimson, to speckled pink and green, to green depending on the variety. Though all varieties taste the same when cooked,  I prefer the visual appeal of red rhubarb in my recipes.

This curious perennial is technically classified as a vegetable, but is widely used as a fruit in culinary circles. It’s too tart to eat raw, but beautifully enhances the flavor of fruits like strawberries and raspberries when baked into pie or cooked in jam. It is also delicious roasted or stewed with sugar to use as a compote over vanilla ice cream.

When choosing rhubarb look for firm, crisp stalks that are free of cracks or blemishes. If not using immediately you can store the stalks, unwashed, in an air tight container in the refrigerator for five to seven days. It is important to note that while the rhubarb stalk is completely edible, the leaves of this plant are toxic and should be discarded.

This simple dessert recipe for Rhubarb-Raspberry Crisp with Rosemary comes from fellow blogger Gerry Speirs at FoodnessGracious.com and is a personal favorite of mine. The savory hint of fresh rosemary is an unexpected compliment that takes this dessert up a notch. Serve it warm with a scoop of vanilla bean ice cream and enjoy the seasonal rhubarb harvest. 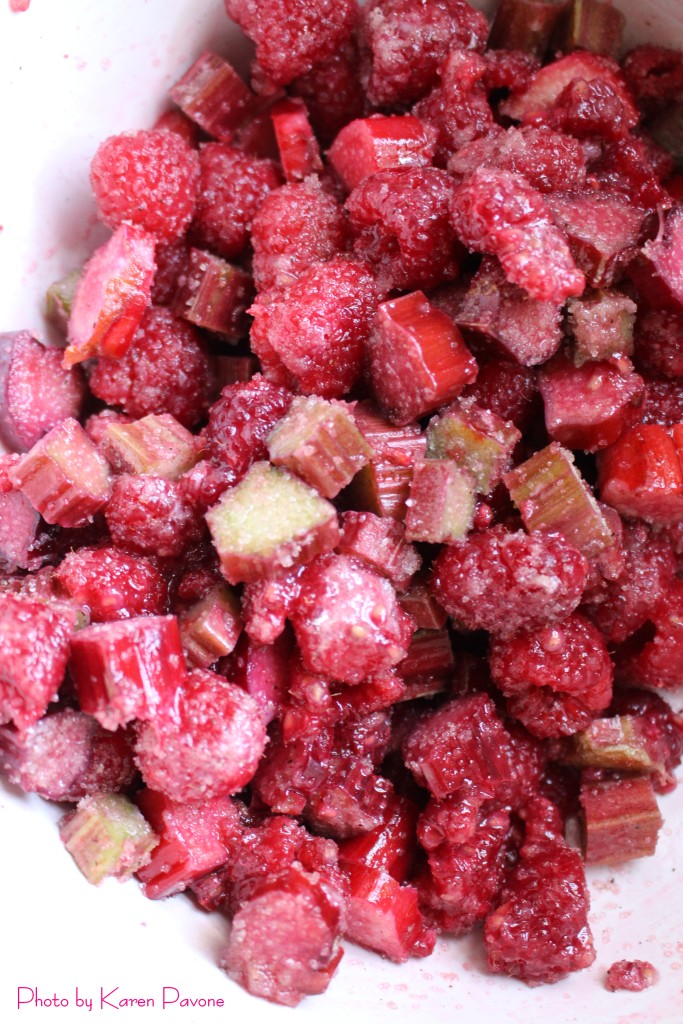 4.  Let sit while you make the topping.

5.  In another smaller bowl, combine the flour, butter, cinnamon, oats and brown sugar. 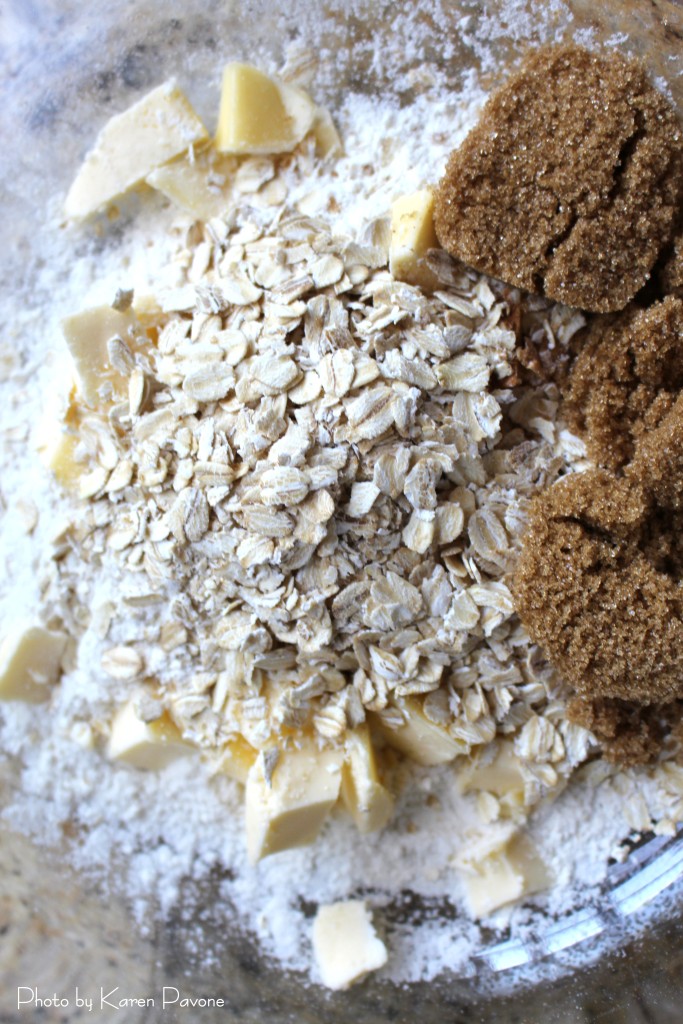 6.  Rub the mixture with your fingers until it is crumbly. Set aside.

7.  Mix the fruit mixture gently a second time.*The juices should have released.

8.  Place the fruit mixture into the prepared pan and spread out until even.

9.  Add the rosemary to the topping mixture and toss. Sprinkle the topping over the fruit.

10.  Bake in the oven for about 35-40 minutes. The crisp should start to bubble around the edges and be a nice golden brown on top. 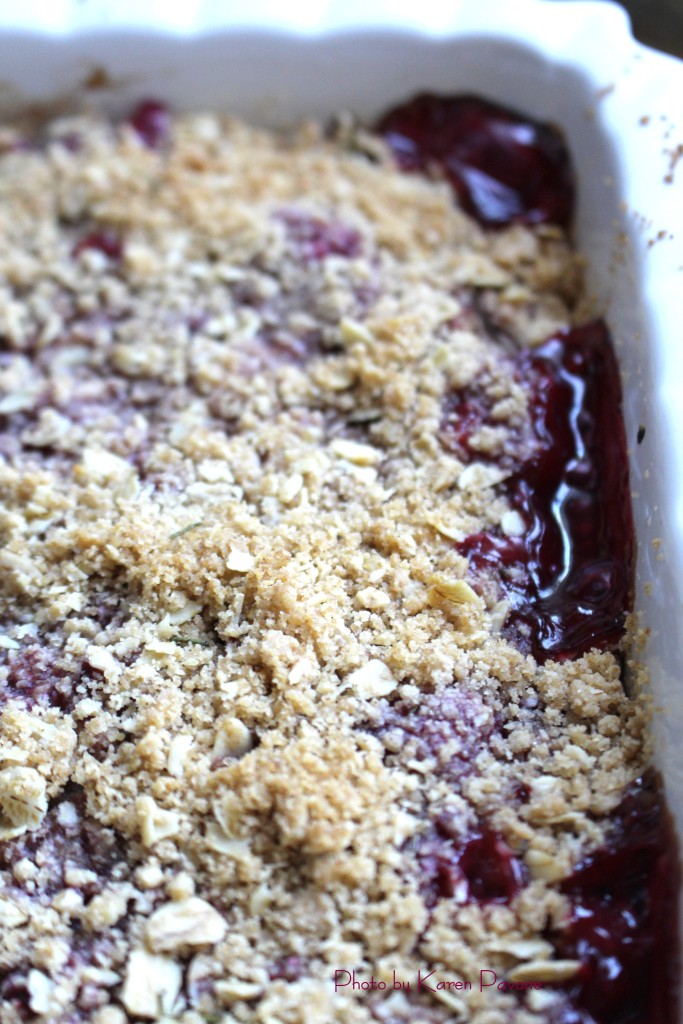 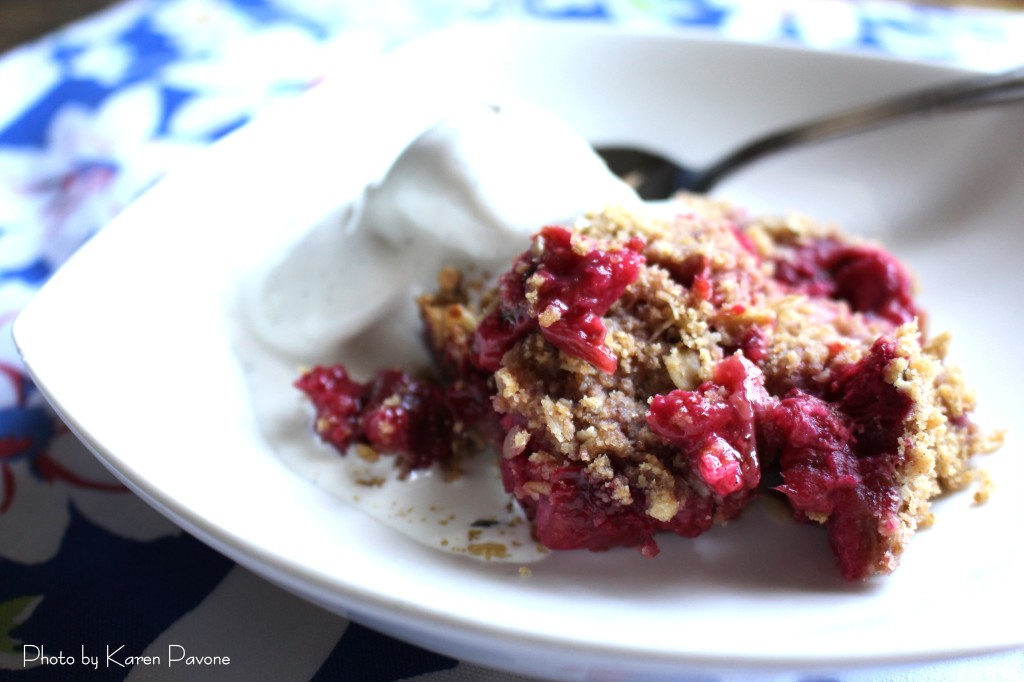