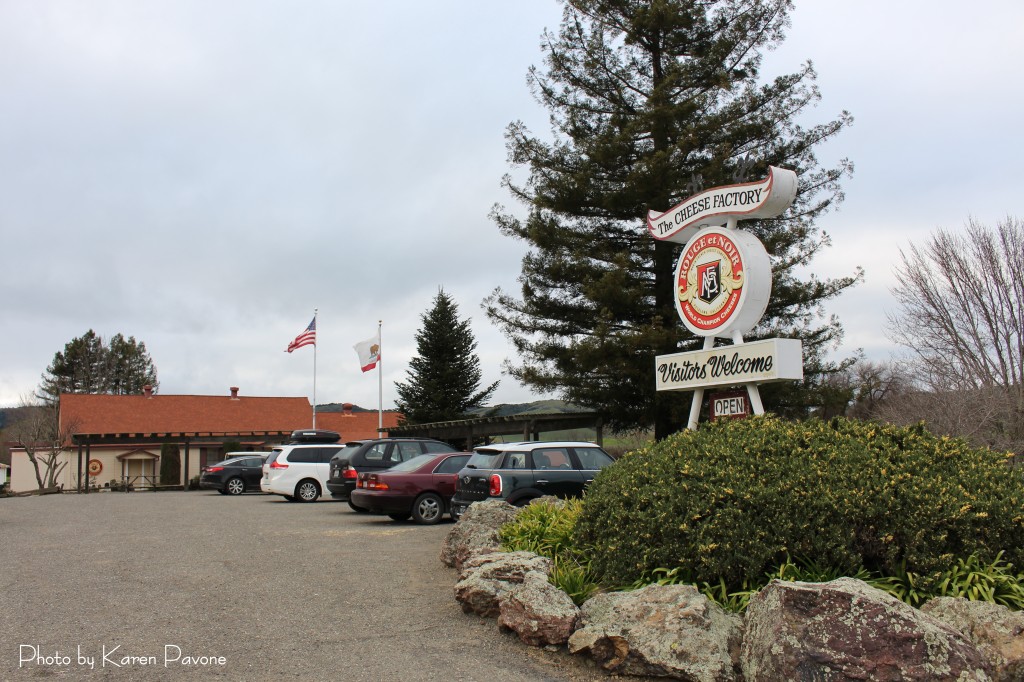 When it comes to putting local cheese on the map few have stood the test of time like the Marin French Cheese Company. 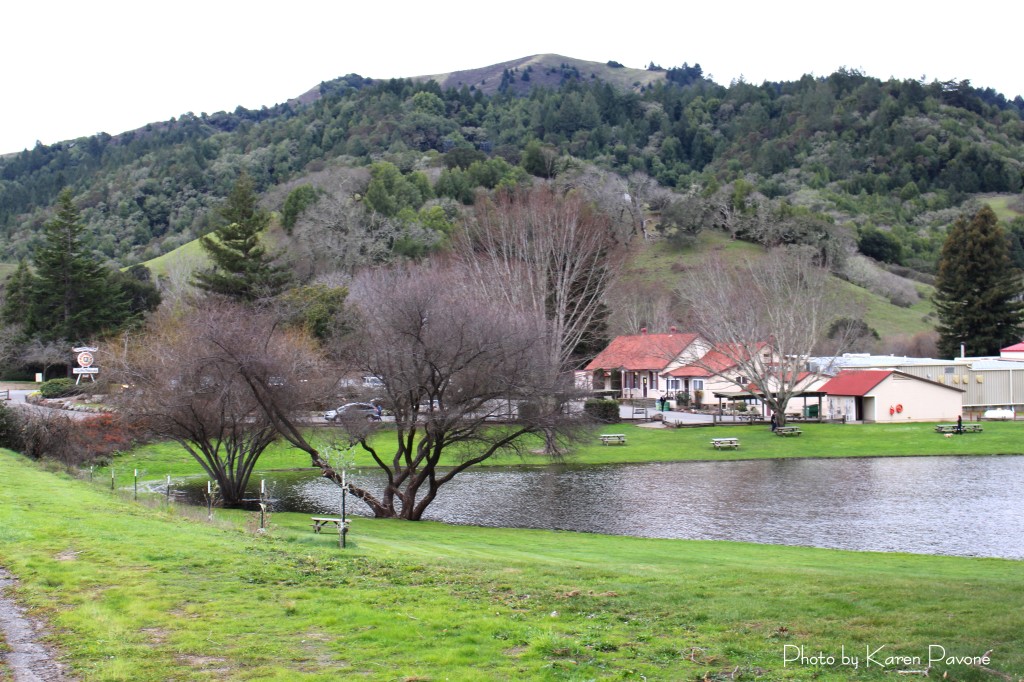 This year the “Cheese Factory,” as it is fondly nicknamed by locals, celebrates 150 years as the longest continually operating cheese company in the United States. That’s quite a milestone!  Although the company has seen changes in ownership and management through the years, their unrelenting commitment for handcrafting high quality, small batch, soft-ripened cheese has remained steadfast. 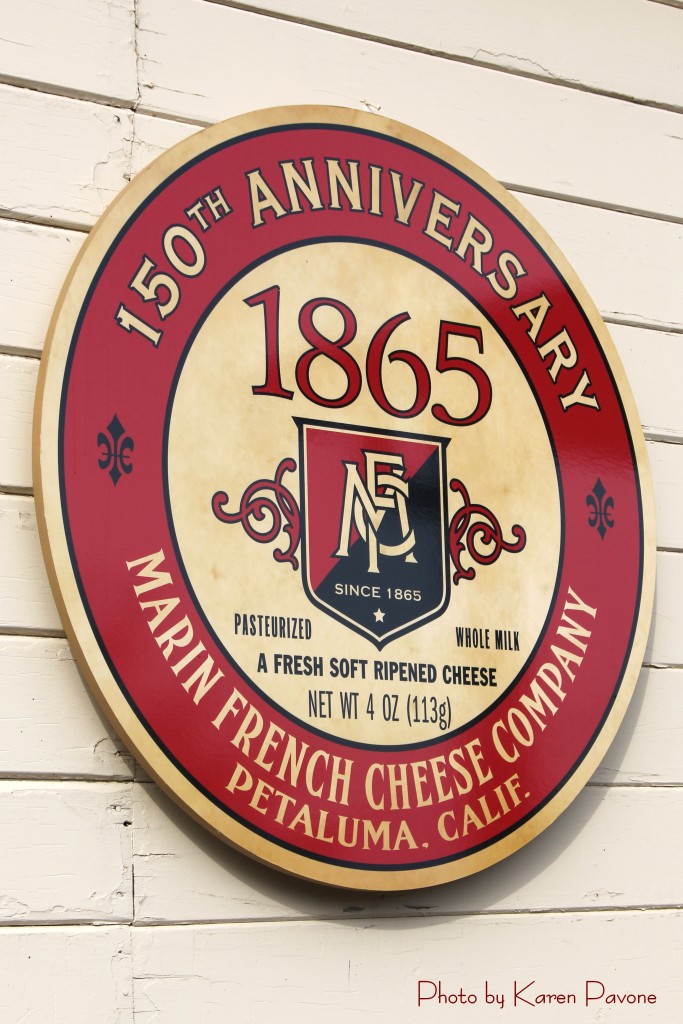 The company has been a fixture of California’s pastoral West Marin landscape since pioneer dairyman Jefferson Thompson founded it in 1865. Thompson traveled to the region after the Civil War and settled on 700 acres of farmland in the pristine coastal hills to start a small family creamery. 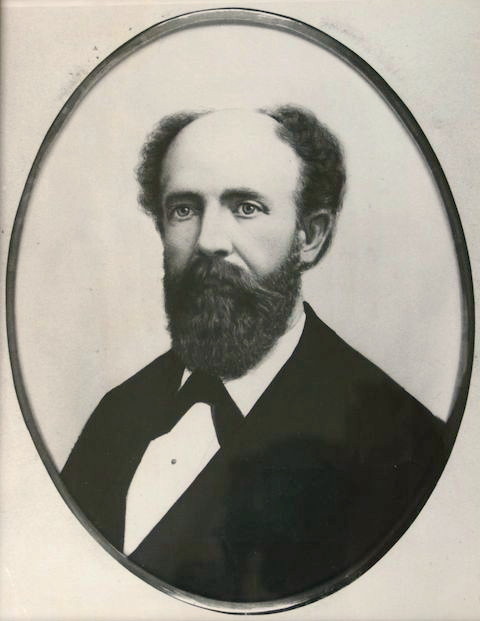 Shortly thereafter, an egg shortage in the nearby port of San Francisco created a need for protein to feed hungry dock workers that Thompson stood poised to fill. Under the brand name Rouge et Noir, he quickly became known for making soft-ripened Brie, Camembert, and “Breakfast” cheeses which were shipped by steamer across San Francisco Bay to the waiting throngs beyond.

Thompson and his descendants operated the Thompson Brothers Creamery for over a century, before selling the company in 1998 to entrepreneur cheese enthusiast Jim Boyce. Boyce honored the legacy and continued to build its reputation for making distinctive, French-style cheeses until his untimely death in 2010.

The following year the business was purchased by Rians; a well-known family of French cheesemakers who changed the name to Marin French Cheese Company. While staying true to the values of sustainability, stewardship, and quality that have been hallmarks of the business, Rians brought a fresh vision to production; incorporating state-of-the-art equipment and design to the creamery operation. 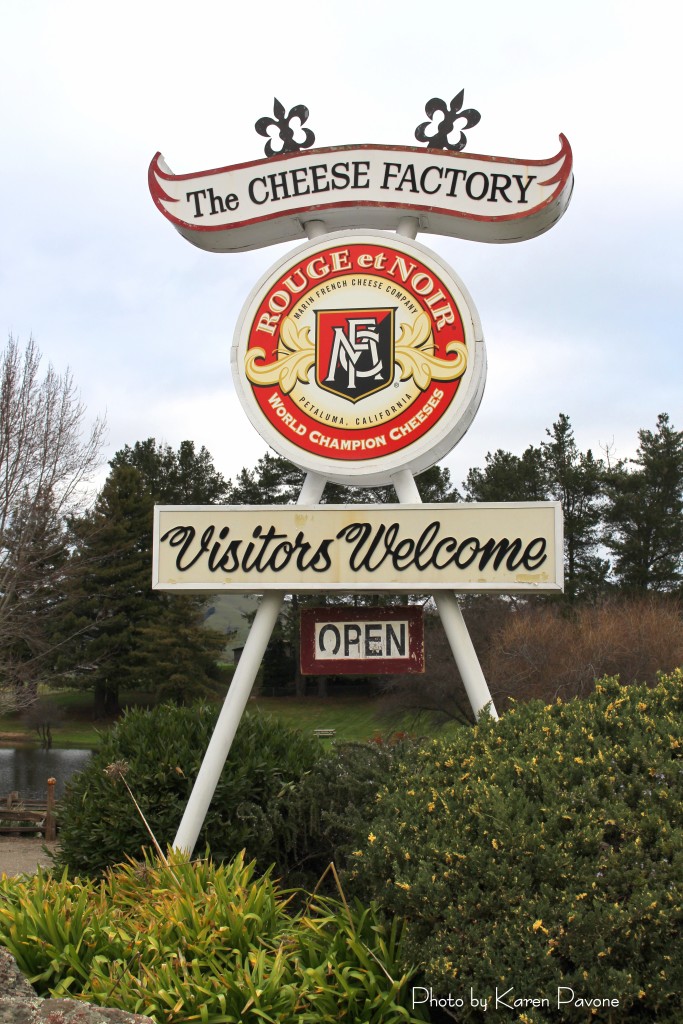 Open year round, Marin French Cheese Company has become a destination stop for visitors from around the world who come to taste their exquisite cheeses made with fresh, locally sourced milk and natural ingredients. Patrons can purchase these award-winning cheeses–along with a variety of house-made sandwiches, wine, drinks, and goodies from other local artisans–at the convenient on-site retail shop. The grassy bucolic grounds around the creamery offer a perfect setting to relax and savor a picnic with friends. 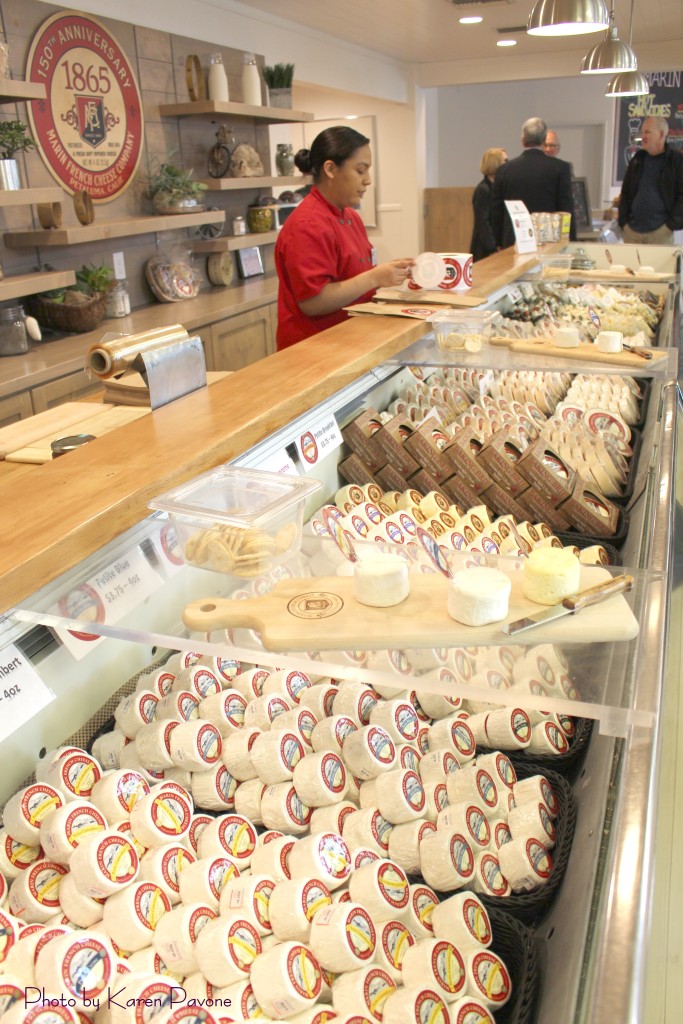 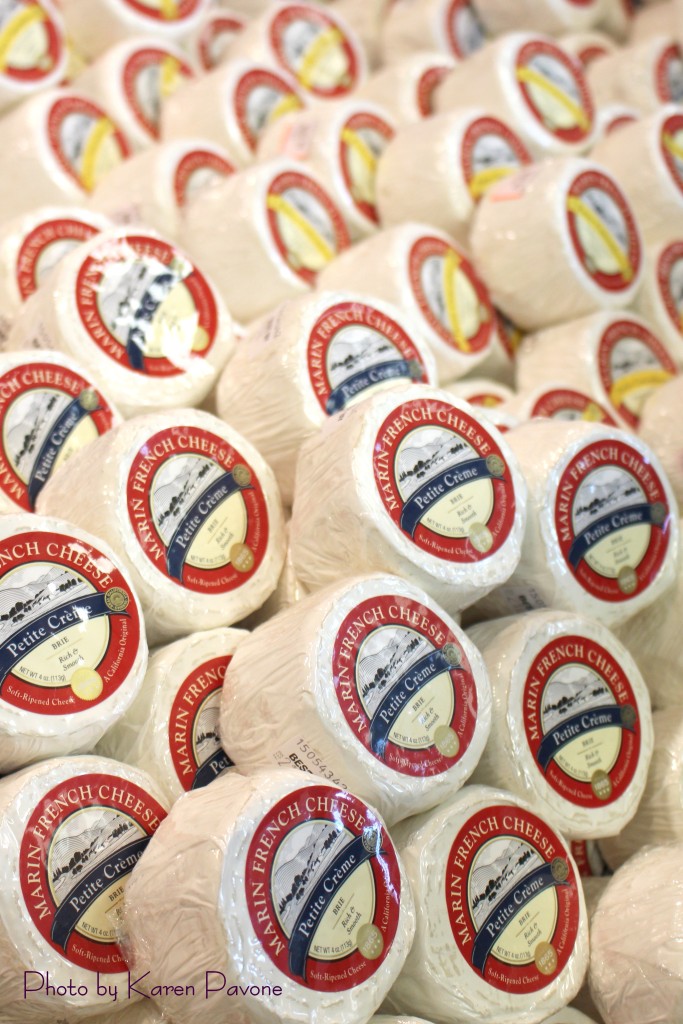 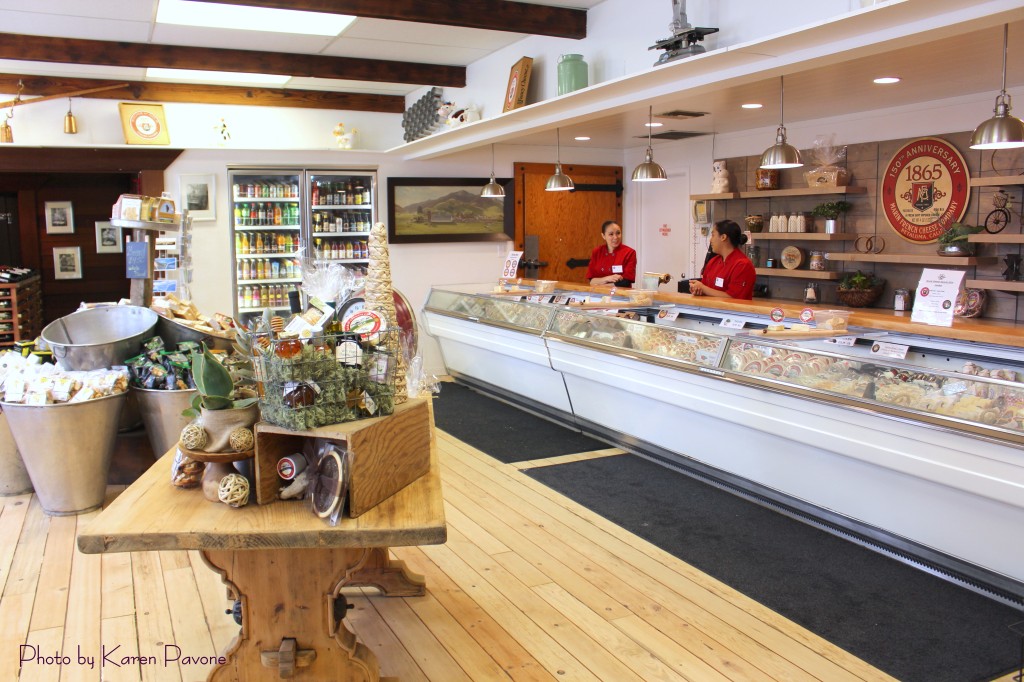 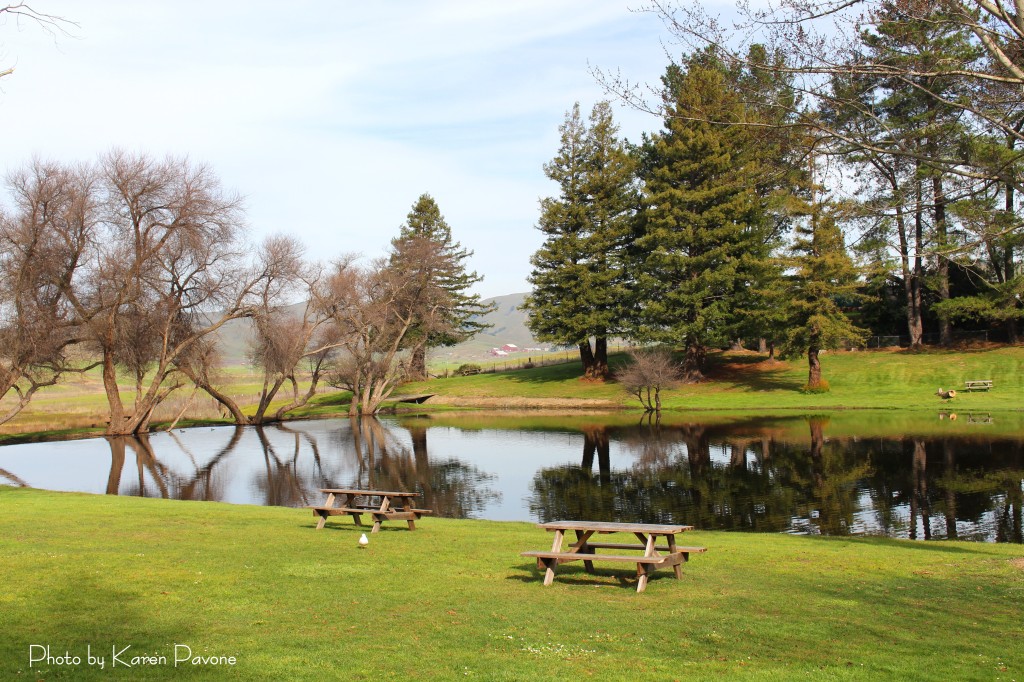 Earlier this month, the company hosted a private gala anniversary reception on the grounds of the Hicks Valley Ranch property. The guest list was a whose-who of celebrity chefs, politicians, local cheesemakers, and esteemed media who dined on a gourmet luncheon catered by Sonoma’s acclaimed The Girl & The Fig. 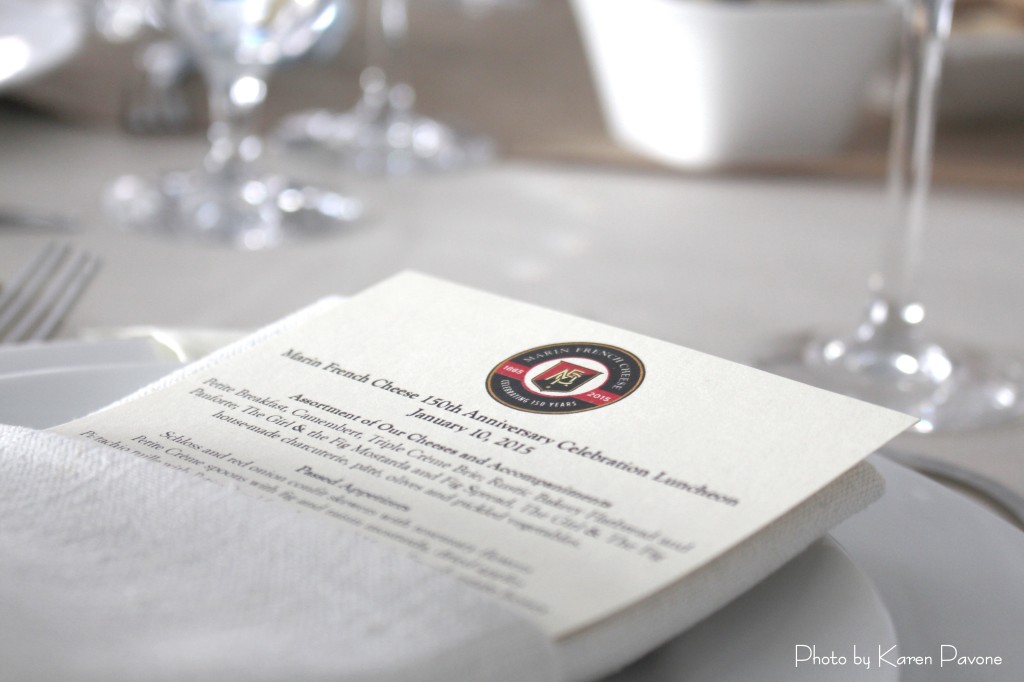 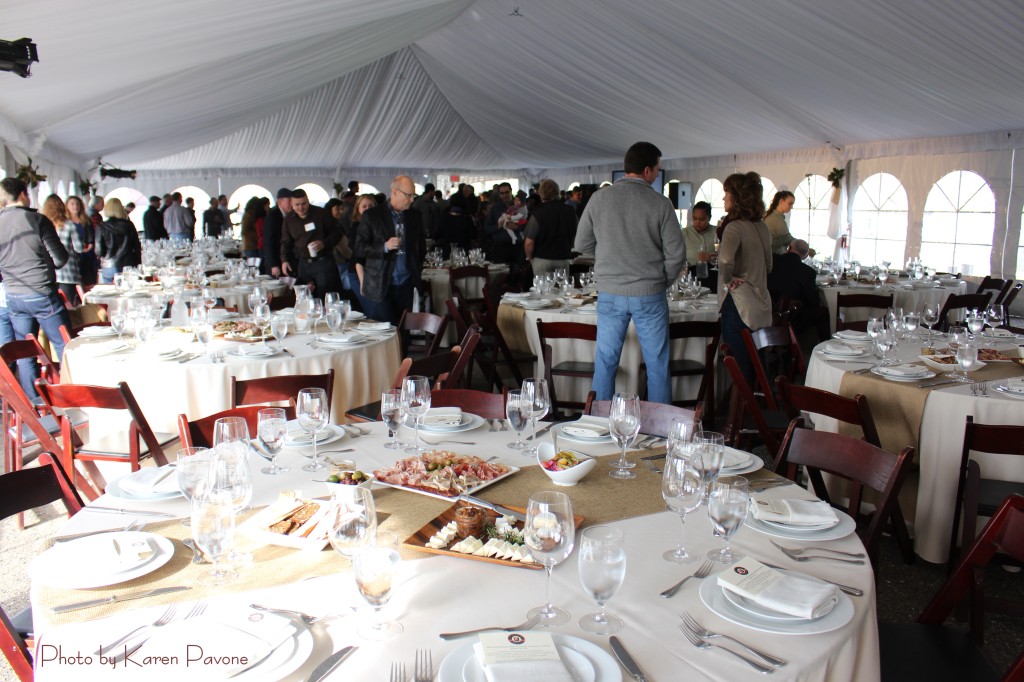 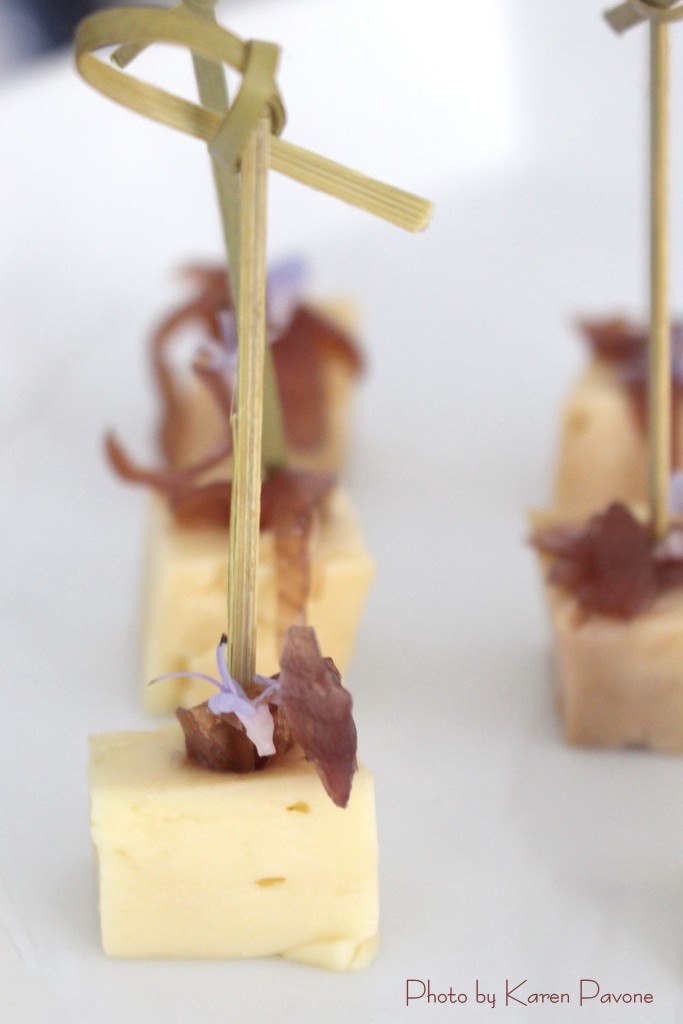 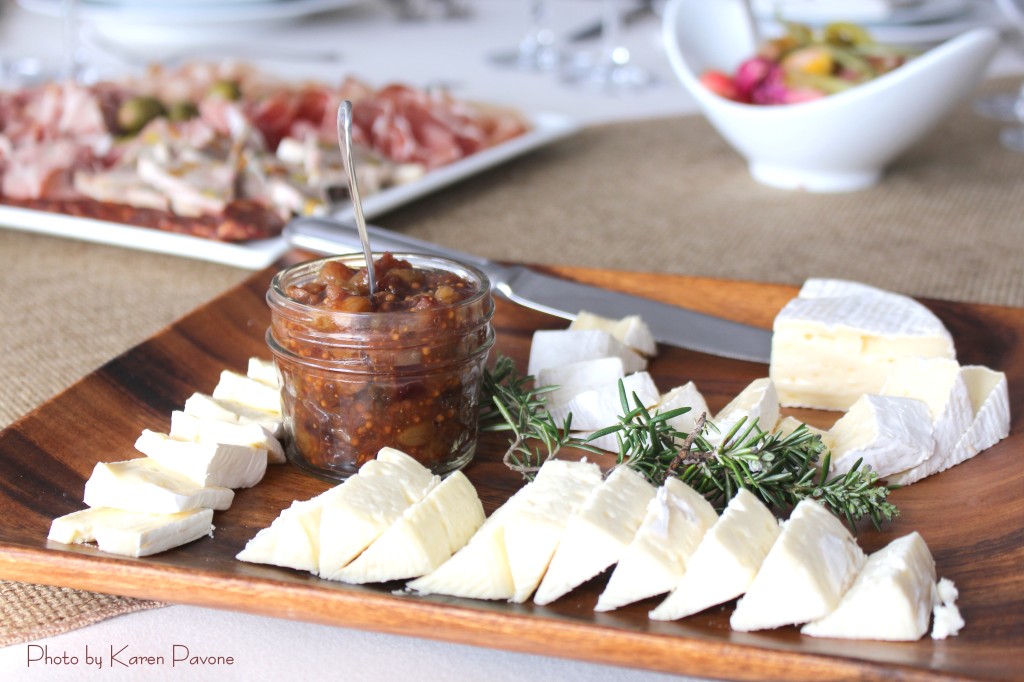 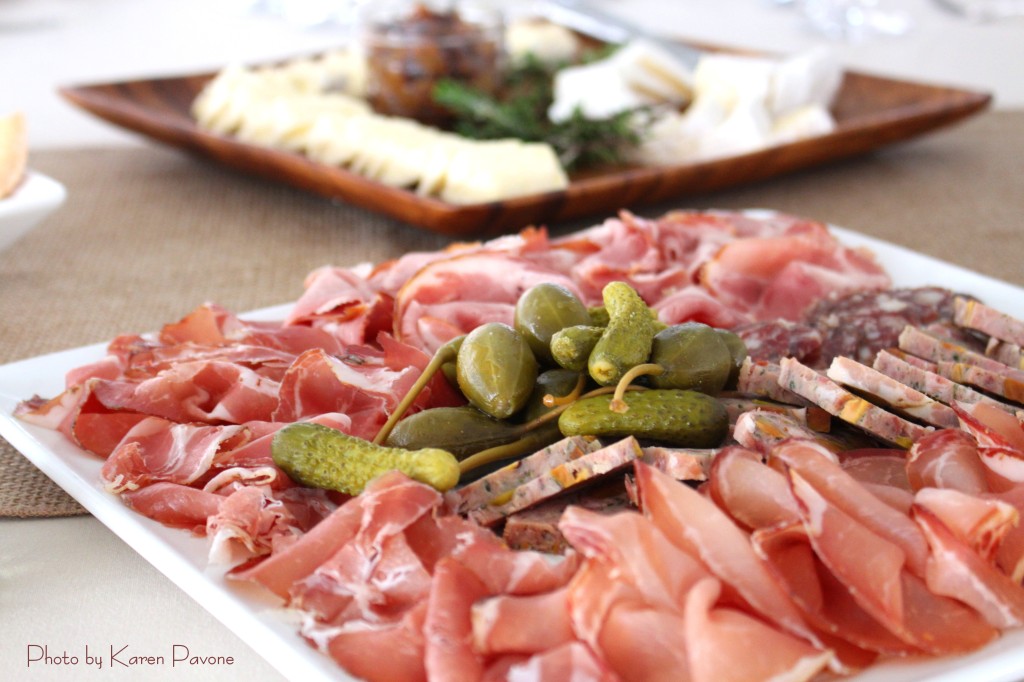 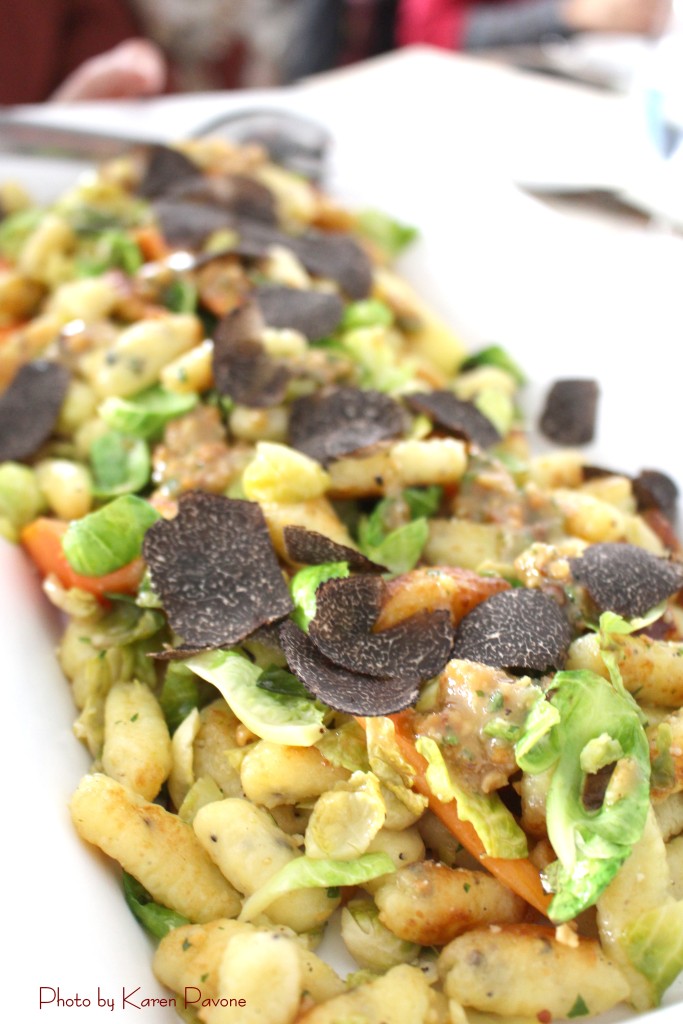 The celebration also included a special ceremony inducting new members into the Guilde des Fromagers; a prestigious international society which celebrates remarkable men and women who have earned distinction for their expertise in cheese.

The event culminated with an opportunity for a rare behind-the-scenes creamery tour led by cheesemaker Alex Borgo. 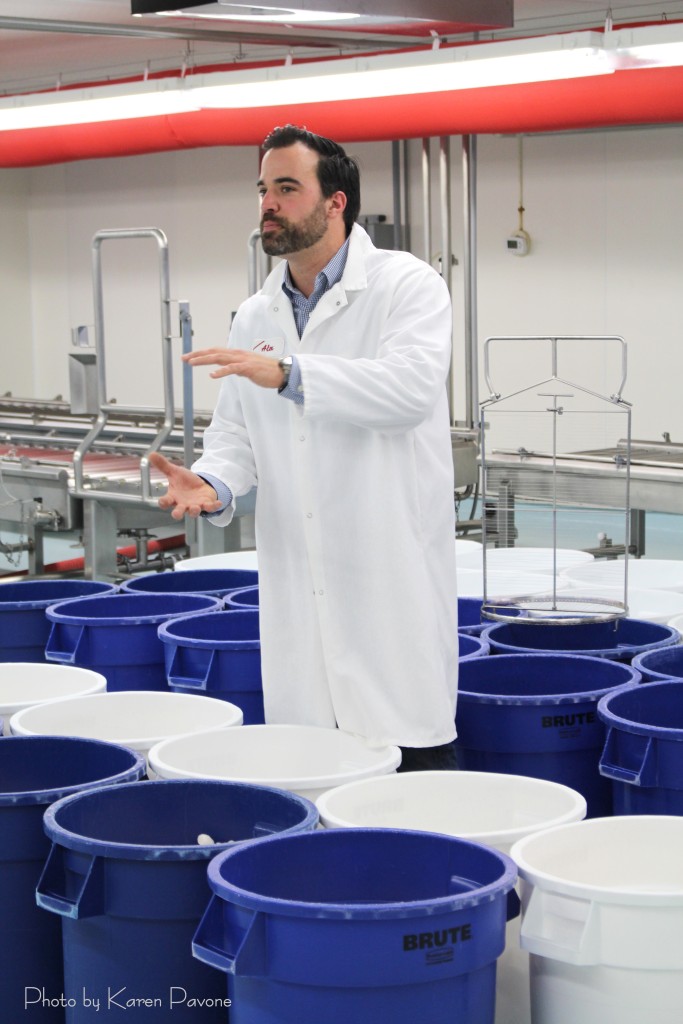 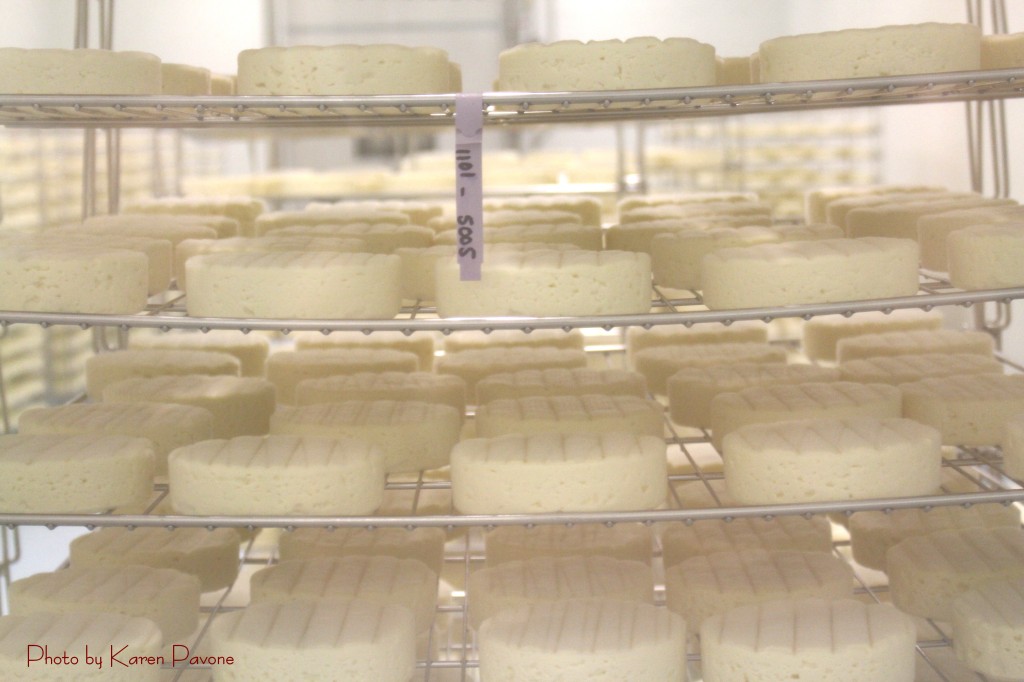 On January 8, 2015 Marin French Cheese added another prestigious accolade to their growing list of distinctions: a 2015 Good Food Award for their signature Petite Breakfast Cheese. What a befitting way to crown their anniversary year! 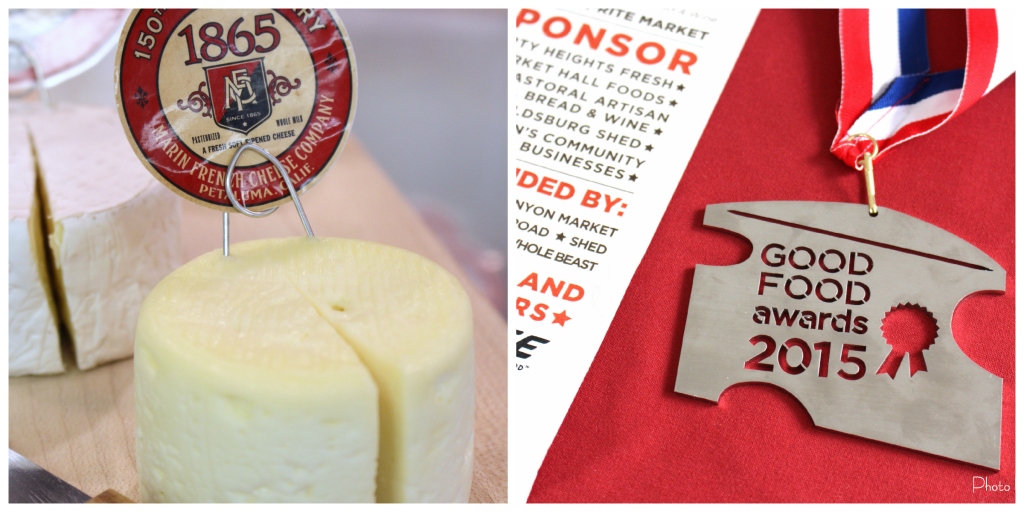 If you’d like to experience a taste of Marin French Cheese, take a moment to watch this short 150th Anniversary video that premiered at the gala (*filmed & produced by Food Guru). I was honored to collaborate with Food Guru and Marin French Cheese to help write the narrative for this special showpiece.