Treasure In the Woods: Foraging for Wild Porcini

The long-awaited winter storms have arrived at last to Northern California and have dumped an estimated nine inches of much-needed rain on our drought-ridden hills. In addition to filling depleted reservoirs and turning the landscape a verdant green, the wet weather has also produced a fruitful bloom of wild mushrooms in our coastal woodlands.

One of the most prized of all seasonal fungi is Boletus edulis; the King Bolete or porcini as it is commonly called. This highly sought-after mushroom is revered by chefs and foodies for its delectable texture and rich flavor. At farmers market, wild foraged porcini are selling for around $30/pound! For those who know where to look and what to look for, the rewards of a successful forage can be both profitable and delicious!

But before you grab a basket and head into the wilds, there are a few things you should know.

Foraging for wild mushrooms isn’t easy. It requires stamina, knowledge, timing, a keen eye, a sense of adventure, and the willingness to endure cold, muck, thorns, poison oak, and the occasional torrential downpour–all without guarantee of a payoff. Case in point: on two earlier forays this season, I crawled through dank woods and dense thickets for seven hours and came home empty-handed (except for a case of stinging nettle). 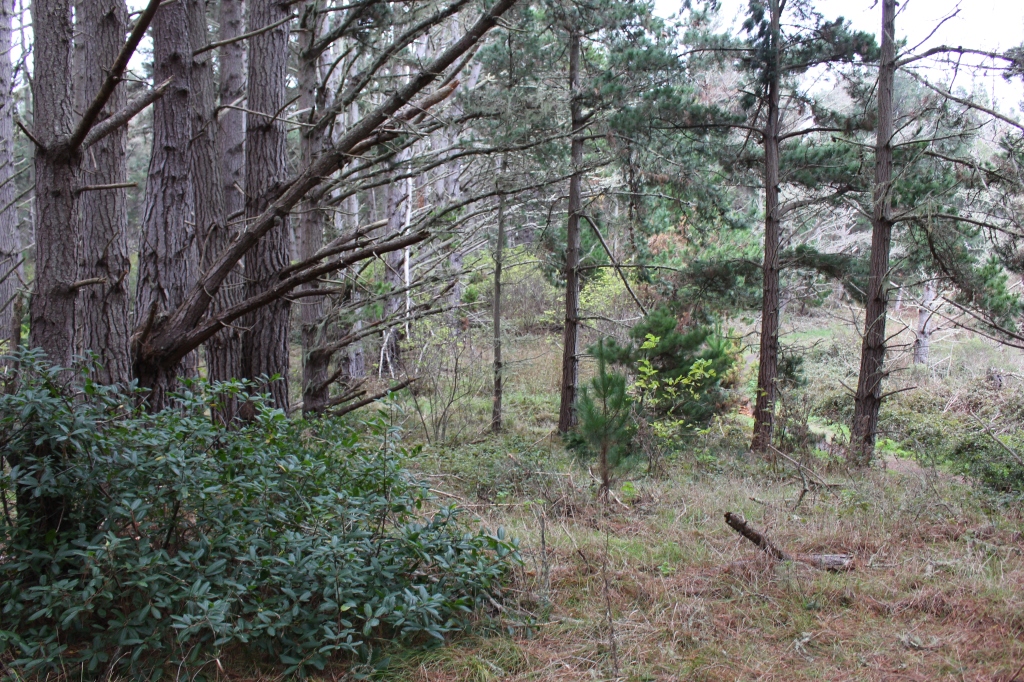 Mushroom foraging also has its dangers. Each year a few unlucky people wind up in the emergency room–or worse–for unwittingly ingesting poisonous varieties.

To maximize your chances of success, I highly recommend taking a foraging class through a local Mycological Society, or tagging along with a seasoned forager who knows his/her stuff. I also advise you to pick up a copy of David Aurora’s pocket field guide, All That the Rain Promises and More, which is an excellent identification resource. That said; NEVER eat a mushroom unless you are 100% certain of its identity! As a rule of thumb, “When in doubt, throw it out!”

I can identify wild King porcini with confidence. They only sprout under conifers, and have a broad, brownish cap with white or cream-colored pores underneath instead of gills. The long, thick stalk tapers from the cap to a large bulbous end. Once you’ve seen one, they are easy to recognize. They also often grow to impressive size! 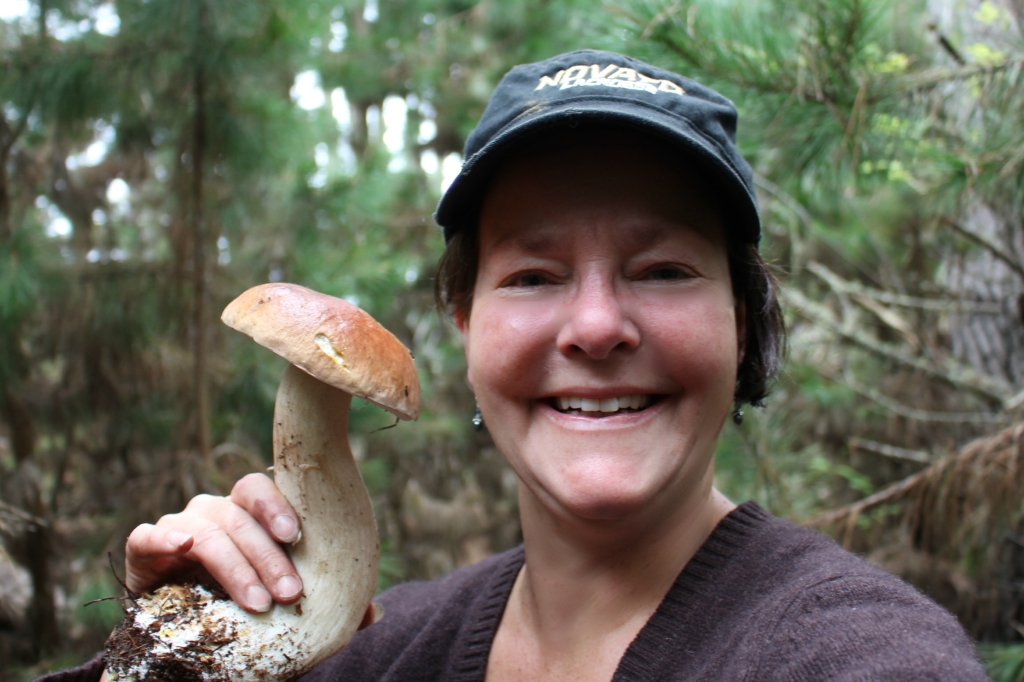 Karen with a prized porcini

Despite my failed earlier forages, I decided to try again after the recent series of rain storms. My teenage son, Ryan, came along to keep me company and lend a second pair of eyes to the task. We suited up in long pants, long-sleeve shirts, hats, rain gear, and sturdy boots then headed to prime mushroom territory. This time we hit pay dirt, and collected eight beautiful specimens that totaled close to ten pounds in just under three hours. 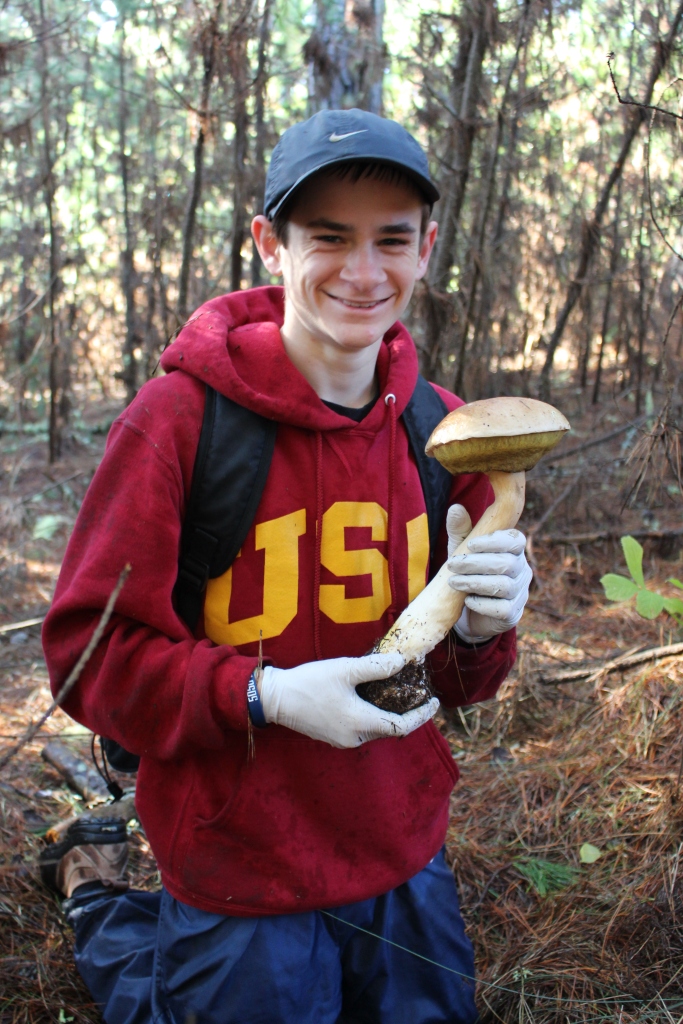 Savoring the windfall was easy. I sliced and oven-dried a few to preserve for future use. I sautéed a few more in a combination of olive oil, butter and garlic with a splash of sherry. *Note: wild mushrooms should always be eaten cooked not raw.

But my favorite way to showcase these flavorful fungi is in this delicious recipe for Cream of Wild Mushroom Soup. It’s the perfect comfort food on a cold winter’s day!

1 pound porcini mushrooms, sliced (or a mixture of shitake, chanterelle, and porcini; you can substitute Crimini mushrooms if you don’t have wild).

Heat butter in a large skillet and sauté sliced mushrooms, onion, and parsley until mushrooms are soft and pan juices have evaporated (about 5 minutes). Stir in flour and cook for one minute more to brown lightly. Slowly incorporate broth, stirring after each addition. Bring mixture to a boil, stirring, then remove from heat and allow to cool.