A Tribute To My Mom

Celebrating Mother’s Day last weekend got me thinking. I owe an awful lot to my mom. Not that this is a new revelation; I’ve witnessed her exceptional example all my life. Her influence goes to the very core of who I am today. So many of the qualities I possess–my tenacity, loyalty, caring nature, and optimistic spirit–I owe to her. She set the bar high as I’ve navigated my journey through motherhood, and when I look at my two beautiful, successful teens–well, the “proof is in the pudding” as she would say. So I thought it not only appropriate, but long overdue, to pay tribute to this remarkable woman who shaped my life.

She met my dad one summer in her late teens. His family and hers had adjoining shore-front lots on Morro Bay where they went to escape the inland heat. As the story goes, she was white-washing a picket fence when he stopped to critique her skills. That led to a date “sharking” in a row-boat, and the rest is history. Their mutual love of hunting and fishing was a constant thread throughout their relationship–from newlywed adventures in the wilds of Alaska during dad’s two-year military tour, to countless camping trips and fishing vacations we took as a family throughout my childhood.

When dad died tragically from lung cancer in his early forties, I saw the indomitable side of my mother’s spirit. In one fell swoop, she became mother and father to me, my younger sister and brother–and I witnessed what selfless love, caring, and true grace under pressure looks like. She rallied to keep our lives as steady as possible despite her own grief and loss. I believe her personal salvation through this dark period was her connection to nature. Those hunting and fishing trips for deer, turkey, quail, dove, duck, pheasant, and trout defined the seasons. I could always mark the time of year by whatever critter she was stalking.

Mom was not just good with a gun; she was, and still is, a marksman par excellence. She can out shoot most anyone, which has earned her a legendary reputation among those who share her passion for hunting. Her own nieces and nephews dubbed her “Aunt Rambo” for her prowess with firearms, and any boy brave enough to date me in high school knew I had to be home by curfew, or risk being met at the door with a loaded twelve gauge. Needless to say, I was never late.

Over the years, her passion became somewhat of an obsession. When I met the man of my dreams in my early 30’s and announced our late April wedding plans, mom initially expressed concern over missing the opening day of turkey season. Fortunately, she got a grip and decided to let the gobblers off the hook that year.

She was equally adept at fly fishing, and taught us kids how to cast our lines in the best spots to catch the Rainbow, Brown, and native Golden trout that lived in our favorite Sierra streams and lakes. She tied her own flies and untangled us from more tree branches and bushes than we could count. Because of her, I know how to catch, clean and cook a fish–which was a novelty to most of my boyfriends. 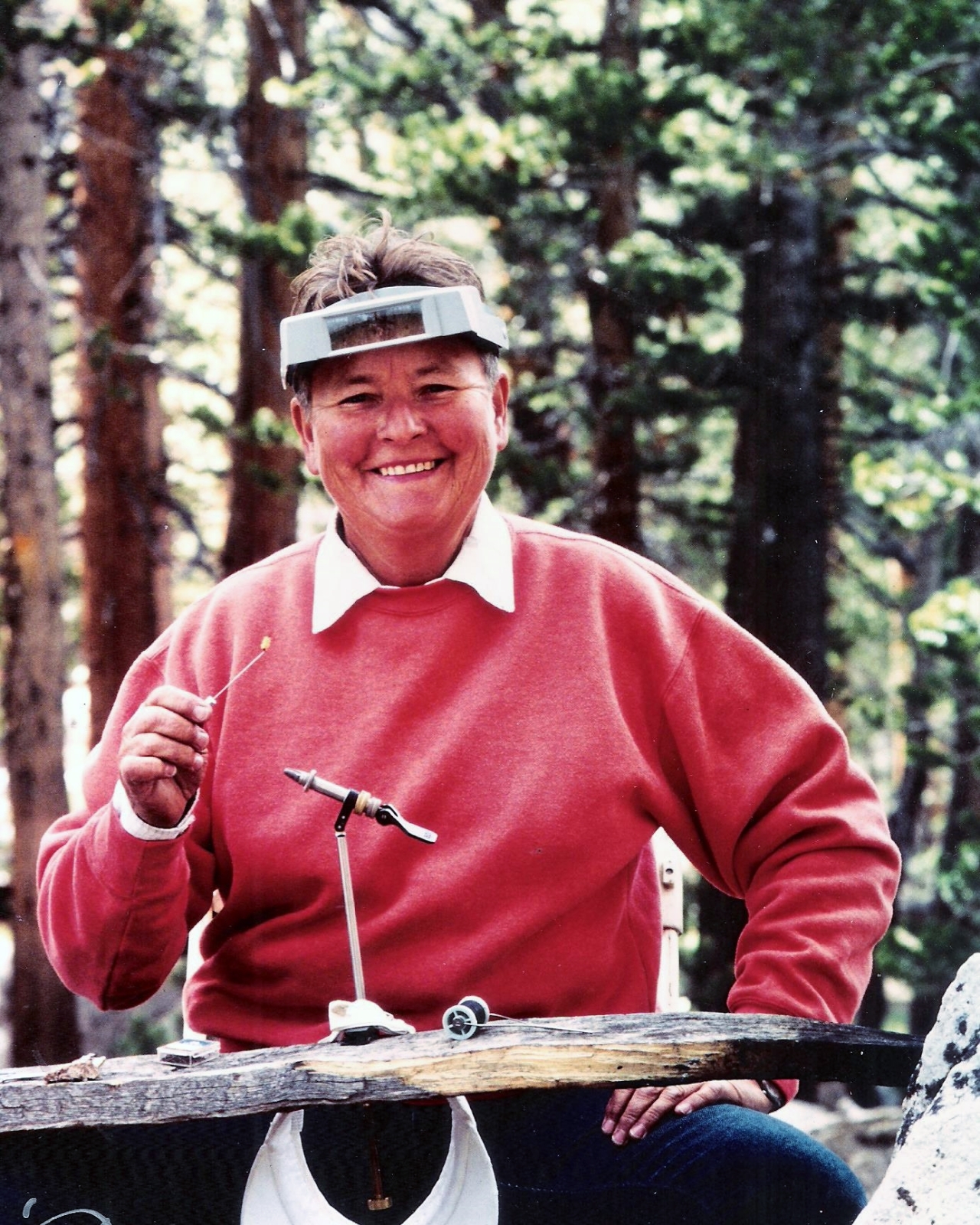 As much as she lived for her outdoor adventures, mom was also the consummate homemaker. To this day, she has a system for everything. The Boy Scouts could learn a thing or two from her about preparedness. I will NEVER be as organized as she is, though I aspire to get there one day. And when it comes to home-style cooking, no one can deliver like my mom. Her pies, cookies, butter-horn rolls, jalapeño jelly, and hearty casseroles (except that fresh pine nut debacle we buried in the back yard) are still what I crave after all these years.

If you asked me to describe my mom in a word, it would be resourceful. “Can’t” isn’t in her vocabulary. At the age of 78, she still splits her own firewood, goes 4-wheeling in the back country, and usually gets her limit in whatever hunting or fishing season is at hand.

If the apocalypse ever happens, we’re heading for mom’s house.

How can I sum up a woman whose spirit is larger than life? Whose laugh can fill a room? Whose hug enfolds you in a love so big it cannot be defined? Whose steady, dependable presence has given me the foundation to build my own successful, happy life? Words can not do justice here. So I’ll just say, “Thank you mom. You’re the best!”