In Search of Cheese Nirvana, Part One: The Nicasio Valley Cheese Company 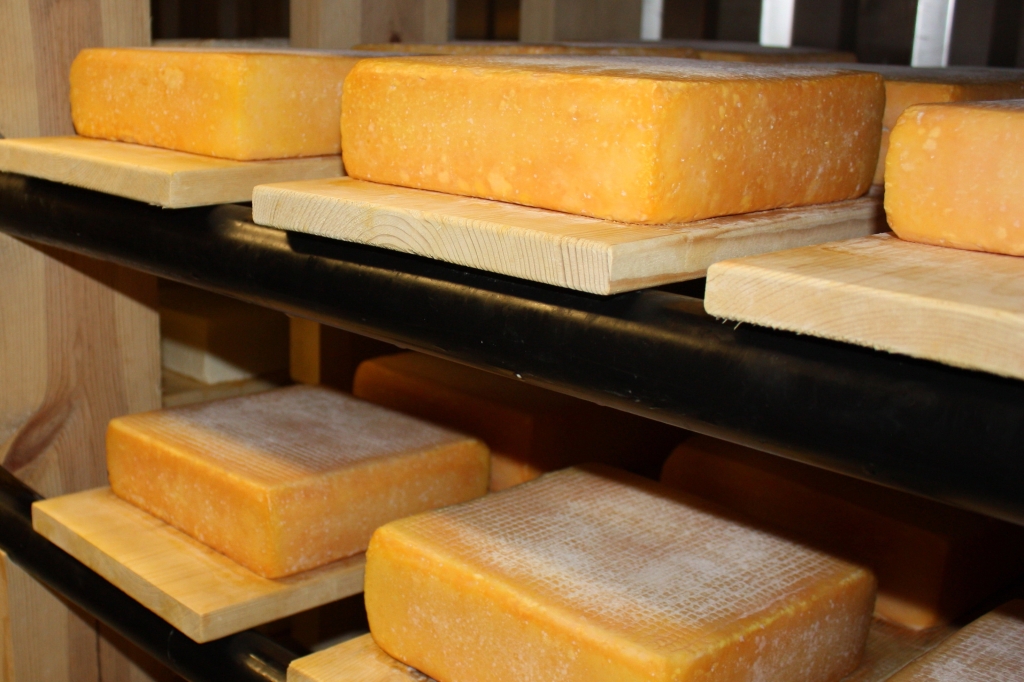 Have you ever paused to consider the origin of the phrase “say cheese”? Somewhere along the line, photographers adopted this mantra to coax a smile from their subjects.

Coincidence? I think not. I think, perhaps, “saying cheese” works in part because it conjures fond memories of favorite comfort foods: macaroni & cheese, grilled cheese sandwiches, and cheesecake to name a few. Whatever pleasant memory is recalled by the mention of this food, the Pavlovian response is always the same: a smile.

The verdant rolling hills of West Marin County on the Northern California Coast are home to twenty-eight of the finest emerging cheesemakers in our state. Collectively, these men and women are crafting milk from their grass-fed cows, sheep, and goats, into unique artisan offerings that have local chefs and foodies buzzing. They have created a renaissance in the industry, and increased their profitability in the process.

I recently embarked on a personal pilgrimage to discover my quintessential favorites among the many outstanding offerings produced by North Bay artisan cheesemakers.

With great anticipation I drive west on winding Petaluma-Pt. Reyes road, weaving through the bucolic Marin County countryside toward the tiny town of Nicasio. The fall morning air is as crisp as the fields of dry grass lining this thoroughfare.

I am on my way to the Nicasio Valley Cheese Company; a new addition to the Lafranchi Family Dairy which has operated on this fertile landscape for three generations. This family run organic farmstead is currently producing some of the finest authentic Swiss-Italian style cheeses in the state. 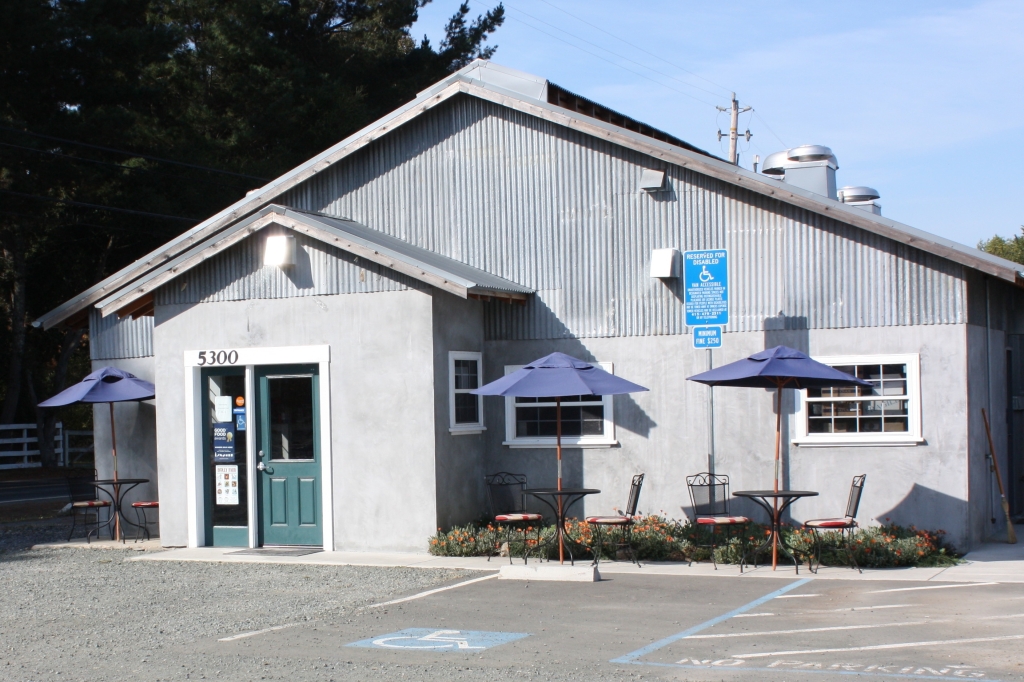 The dairy’s modest cheese factory and tasting room, located near Nicasio town square, are a favorite stopping point for both locals and tourists who regularly pass by. As I enter the building, Scott Lafranchi, a lanky middle-aged man with salt and pepper hair and a mustache, comes out from behind the scenes to greet me. Dressed in a white lab coat, cap, and boots, he smells faintly of fresh cheese. I like him immediately.

The Lafranchi family’s roots in West Marin date back to the early 1900’s when Scott’s seventeen-year-old Grandfather, Fred Lafranchi, first came to Nicasio. A Swiss immigrant, Fred worked for local dairy ranchers and eventually saved enough money to first rent, then buy, what is now the family farm property in 1919. He married Zelma Dolcini, who hailed from a long line of successful dairymen in the region, and together they established the Lafranchi Family Dairy. 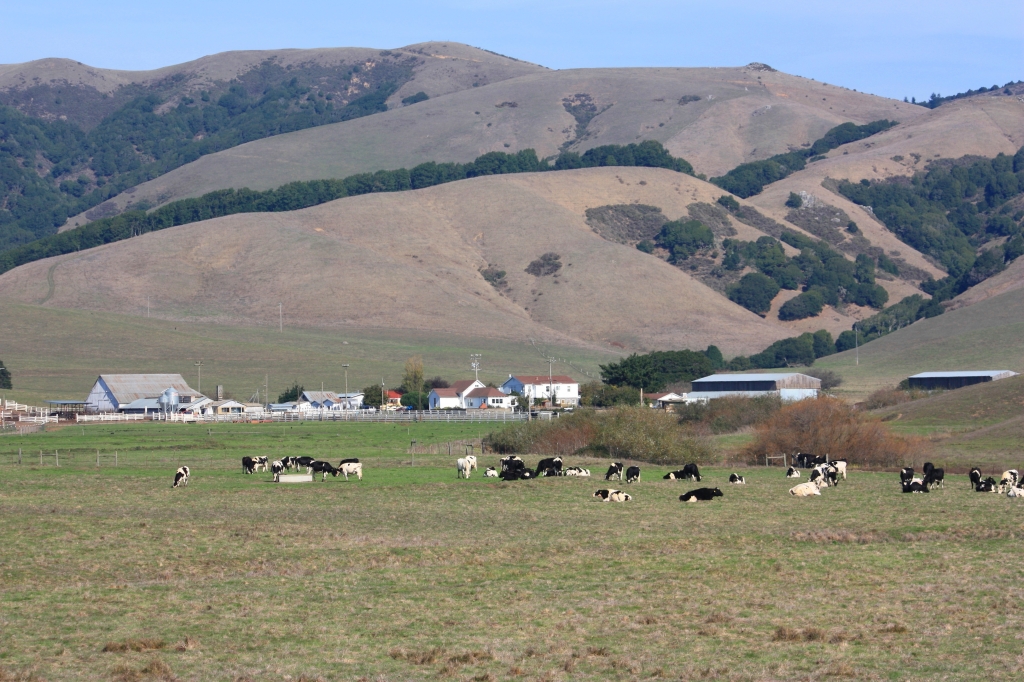 They had five children, but second-oldest son Will was the only child to follow in his father’s footsteps and become a dairyman. He remained on the family farm, and, with his wife, raised six children on the Nicasio dairy.

Will was especially proud of his heritage, returning several times to the family’s ancestral village in Maggia, Switzerland to visit relatives. It was during his visits abroad that he first tasted the popular Swiss-Italian varietals of the region. His passion for these cheeses became a quest to bring the old-world traditions and authentic recipes back home to the Nicasio dairy.

As a way of honoring their father and the family heritage, Will’s six children bonded together with the shared goal of expanding the dairy to make farmstead cheese. They initiated the lengthy process of organic certification and began traveling to Switzerland to meet with local Master Cheesemaker Maurizio Lorenzetti, who offered to mentor and advise fledgling cheesemaker, Scott Lafranchi. 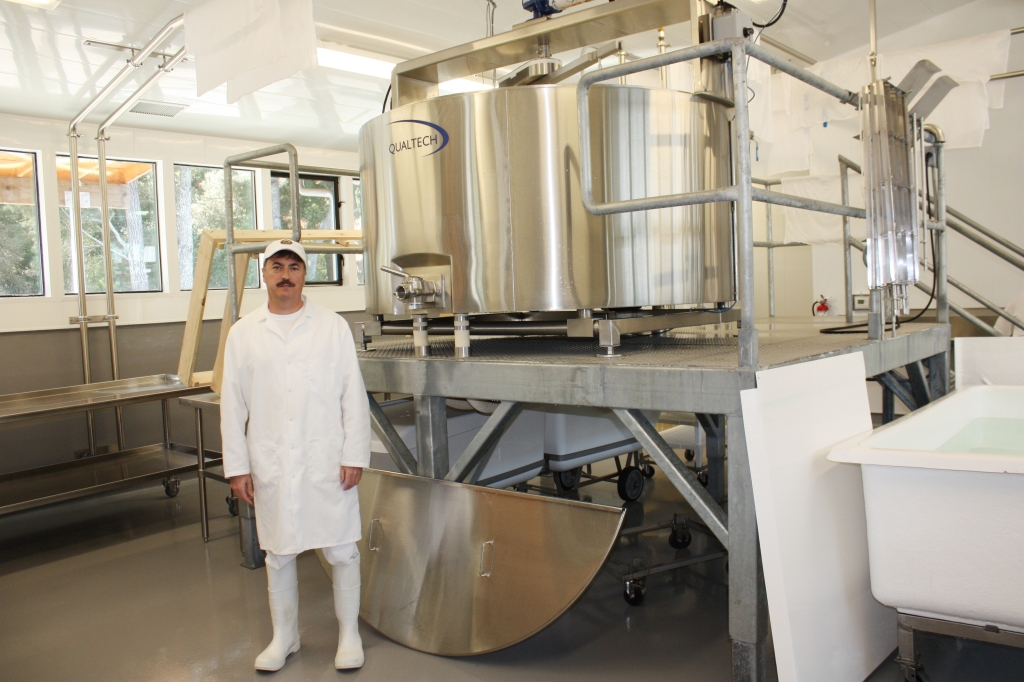 Scott, formerly a CPA, embraced the challenge of learning the cheese business. He enrolled in the “short course” on cheese making at Cal Poly San Luis Obispo, attended industry conventions, and read voraciously on the topic. Working closely with Lorenzetti, he developed the eight unique classic Swiss-Italian farmstead cheeses they now produce.

On the day of my visit, Scott offers me a rare behind-the-scenes glimpse at the inside workings of their factory. Fully outfitted with my own white lab coat, hair, and shoe covers, we enter the “make room” which contains an enormous 520 gallon stainless steel vat. This is the first stop in the process of making cheese from their fresh organic milk. 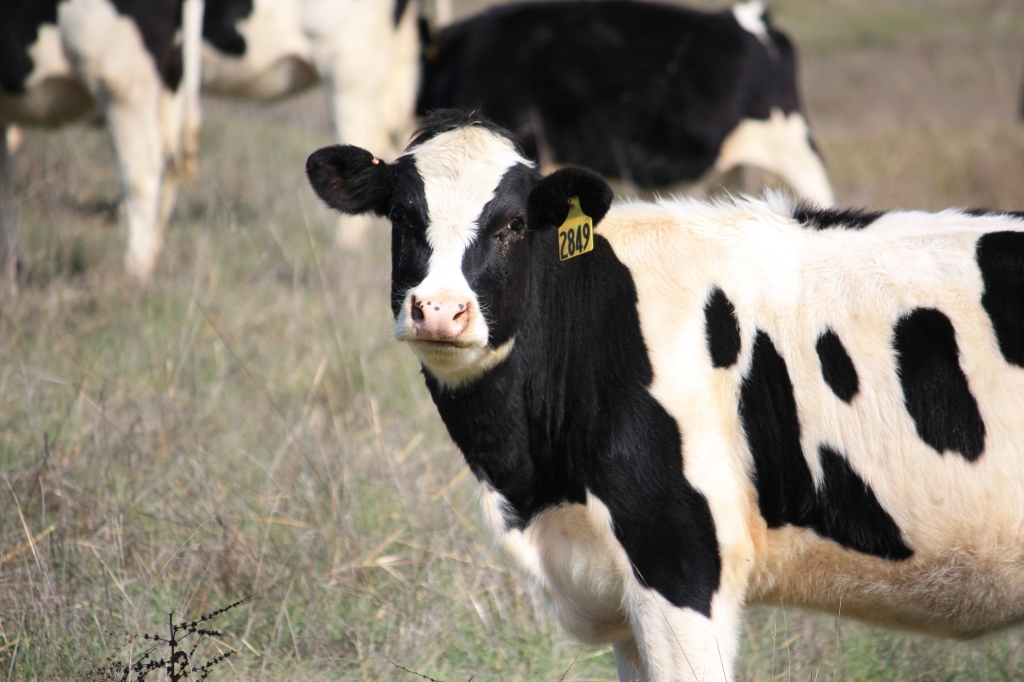 I learn the dairy’s four hundred grass-fed Holsteins produce about 3,000 gallons of milk each day. Of this, about 450 gallons is designated for cheese making. The rest is sold to Clover Stornetta for distribution under their name. It takes approximately one gallon of milk to produce one pound of cheese. On average, The Nicasio Valley Cheese Company is in production three to four days a week yielding roughly 8,000 pounds of fine artisan cheese each month. 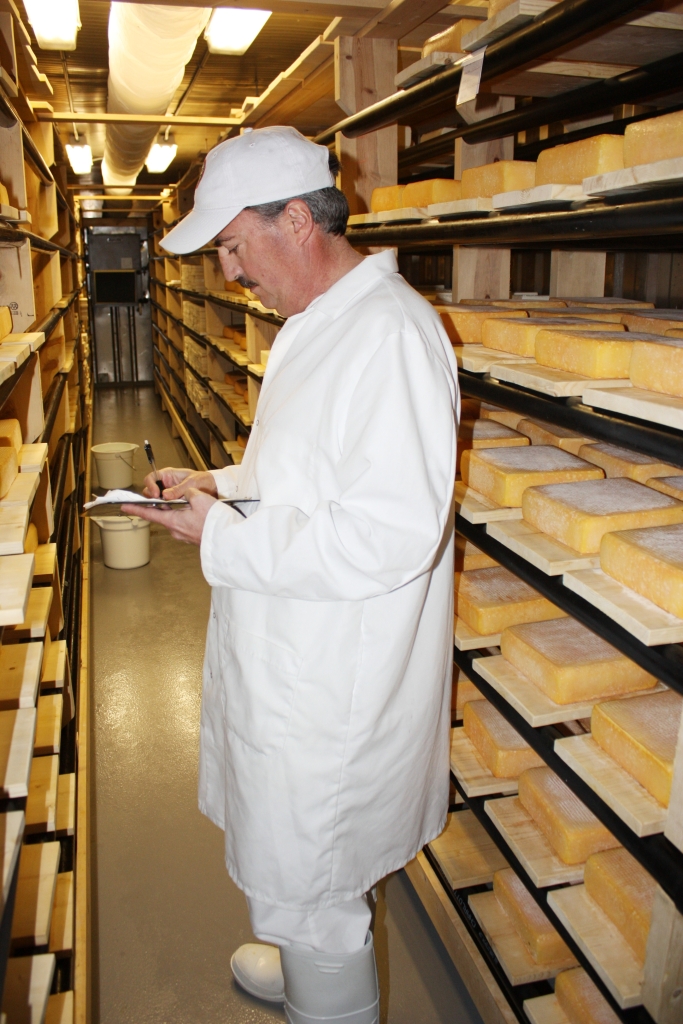 With keen attention to detail, Scott explains the process of making their cheese–starting with pasteurization, and progressing through each stage: adding cultures and rennet, cutting the curd, molding, draining, brining, and briefly drying before separating each cheese into aging rooms based on the varietal.

Having witnessed the transformation from creamy milk to ripe “bloomy” rounds and squares, I am now ready to taste what Scott’s care and dedication have yielded.

We end our tour at the on site tasting room and store where customers can sample each of the eight outstanding organic cheeses produced at the farmstead factory:

~Foggy Morning a fresh, mildly tangy farm style cheese with a soft, spreadable texture. Available plain or with basil and garlic, it was awarded second place at the 2011 National American Cheese Society competition.

~Formagella, a creamy bloomy-rind table cheese with a buttery mouth-feel and flavor. It is the mildest of their cheeses, aged nine to ten days.

~Halleck Creek, a semi-soft ripened cheese similar to Formagella but in larger wheels. It has a smooth, slightly brie-like flavor at room temperature that is delicious!

~Loma Alta, another semi-soft bloomy rind varietal aged three to six weeks. This cheese boasts a buttery flavor, nutty undertones, and a rich finish on the palate. It was a gold medal winner at the 2011 California State Fair competition.

~Nicasio Reserve, a washed-rind classic Swiss-Italian mountain cheese aged for a minimum of ninety days before coming to market. This firm bodied varietal is wonderful grated over pasta, added to a frittata, or melted on BBQ hamburgers. It won a gold medal at the 2011 California State Fair competition.

~Nicasio Square, a hard, washed rind cheese with a pronounced earthy, pungent flavor aged for thirty days. This cheese won a 2011 Good Food Award–one of only three awarded in the Western Region.

~San Geronimo, a supple textured washed rind cheese with a robust, full flavor reminiscent of both Raclette and Fontina.

With nearly three years of production under their belt, Nicasio Valley Cheese Company is racking up accolades and gaining attention as a force to be reckoned with in the industry. But the Lafranchis’ operation is more than an award-winning artisan farmstead. It is an enduring tribute to their father, a man who would be undeniably proud to see his dream realized by his loving children–the next generation of Lafranchi family farmers. 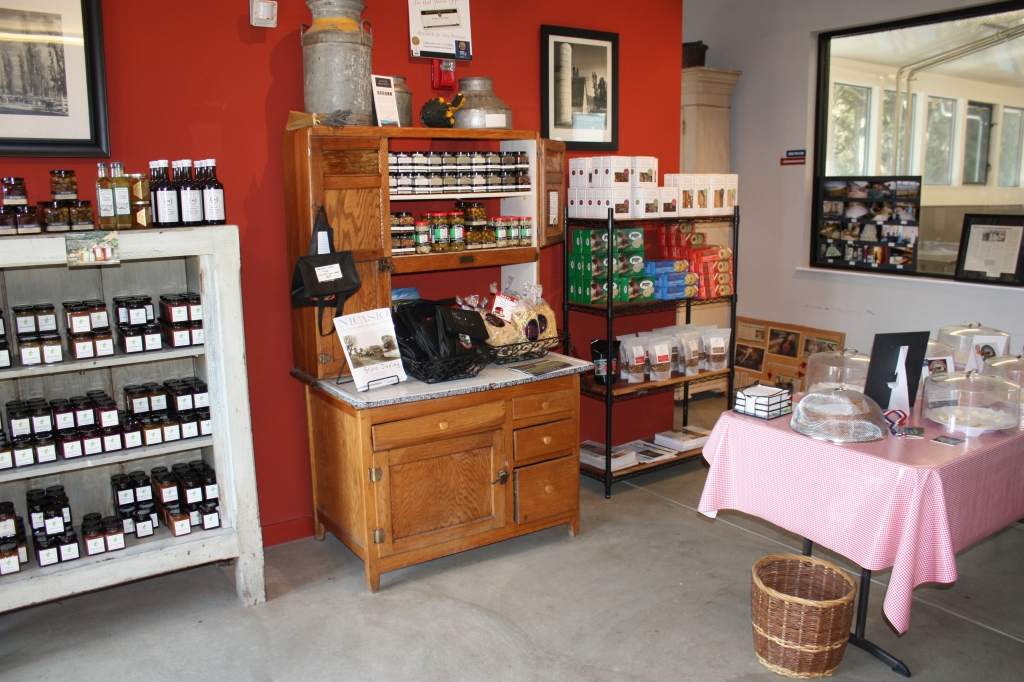 Visit www.nicasiocheese.com  for a full listing of stores that carry Nicasio Valley Cheese Company organic artisan cheeses. Visit the farmstead store and tasting room at 5300 Nicasio Valley Road in Nicasio, California, open seven days a week from 10:00AM to 5:00PM. Drop by their booth at the Sunday Civic Center Farmers’ Market in San Rafael from 8:30AM-1:00PM. Gift selections of cheese may be ordered online through their website, or by calling 415-662-6200. They shipped second-day air anywhere in the United States.